Phil Ryken's introduction to The Marrow of Modern Divinity 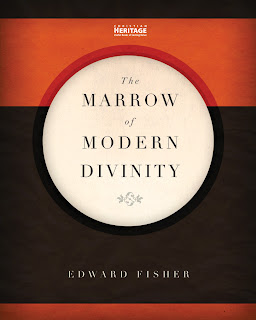 Over at Ref 21 Phil Ryken has posted his introduction to the reprint of The Marrow of Modern Divinity. This highly significant book has been reprinted by Christian Focus and has much to say to the contemporary evangelical world. William MacKenzie was here earlier and told me that it is a really, really well produced edition.

My purpose in this introduction is to answer to a simple question: Why is this old theological book still good and useful to read today?

Perhaps the best way to begin to answer this question is by mentioning two equal but opposite errors that have plagued the church since the days of the New Testament. On the one hand, some congregations tend to be overly legalistic. They have a performance-based approach to the Christian life, in which Christianity is reduced to a list of rules. A good Christian is someone who does certain things and avoids doing certain other things. The only way to gain favor with God is by leading a good life. Somehow churches like this never manage to outgrow their "inner Pharisee."

Yet there is an equal error in the opposite direction, the sin of lawlessness, or what theologians like Thomas Boston would call "antinomianism" (which simply means to be "against the law"). Churches like this tend to be overly permissive. They take the question that the apostle Paul asked in Romans 6:1 ("Are we to continue in sin that grace may abound?), and answer in the affirmative rather than the negative. They use their Christian liberty as an excuse for license. They may even use the grace of God to legitimize bad behavior.

Both legalism and antinomianism are perennial dangers for the church and for individual Christians. When we begin to think of the Christian life primarily as a list of "dos" and "don'ts," we are under the sway of legalism. When we begin to think that it is okay for us to go ahead and sin, because God will forgive us anyway, we are feeling the temptation of antinomianism.

Filled with quotations from the great reformer Martin Luther and from the worthy Puritans, The Marrow emphasizes biblical, evangelical doctrines such as the sovereignty of God in the covenant of grace, the free offer of the gospel, assurance in Christ as the essence of faith, and sanctification by grace rather than by the law.

You can read more here
Posted by Martin Downes at 6:27 PM