Let us hold fast our confession 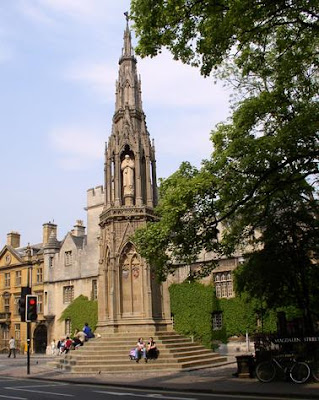 What do you think about evangelical doctrinal statements? How do you feel about them?

Some people regard them with suspicion because of their intellectual heaviness. Others view them as luxury items, or as impediments to fellowship and unity. They are looked upon as optional extras to the life and practice of the church. Of course there are those who cannot help but view them as precious because they convey in clear, precise, pastoral terms, the great indispensible articles of the Christian faith.

One way to measure our own thoughts and feelings on the matter is to compare them with assessments from previous centuries. The result will either be to strengthen our convictions in degree, or to expose them as of a different kind altogether.

Consider the story of Guido de Brès (1522-67), chief author of the Belgic Confession (you can get hold of Danny Hyde's exposition of it here) I came across the following anecdote in Joel Beeke's book Living for God's Glory. Concerning the Confession Beeke writes:

Though it follows an objective order, the confession has a warm, experiential, personal spirit, which is helped by its repeated use of the pronoun we.

As an example, consider these words from the chapter on the intercession of Christ:

We believe that we have no access to God except through the one and only Mediator and Intercessor: Jesus Christ the Righteous.

He therefore was made man, uniting together the divine and human natures, so that we human beings might have access to the divine Majesty. Otherwise we would have no access.

But this Mediator, whom the Father has appointed between himself and us, ought not terrify us by his greatness, so that we have to look for another one, according to our fancy. For neither in heaven nor among the creatures on earth is there anyone who loves us more than Jesus Christ does.

During the sixteenth century, the Reformed churches in the Netherlands experienced severe persecution at the hands of King Philip II of Spain, an ally of the Roman Catholic Church. In 1561, de Brès, likely assisted by fellow pastors, wrote the confession to prove that the adherents of the Reformed faith were not rebels but law abiding citizens who professed biblical doctrines.

The year after it was written, a copy of the confession was sent to Philip II, along with a statement that the petitioners were ready to obey the government in all things lawful, but would:

"offer their backs to stripes,
their tongues to knives,
their mouths to gags,
and their whole bodies to the fire,
well knowing that those who follow Christ must take up His cross and deny themselves"
rather than deny the truth expressed in the confession...

In 1567, de Brès became one martyr among hundreds who sealed their faith with blood. (p. 21)

At the turn of the nineteenth century, what Arichbald Alexander wrote of the Westminster Standards could have just as well been written of the Three Forms of Unity, of which the Belgic Confession is a part:

We venerate these standards, partly because they embody the wisdom of an august Synod; because they come down to us associated with the memory and faith of saints and martyrs and embalmed with their blood; but we love them most of all because they contain the truth of God--that truth which forms the foundation of our hopes. As our fathers prized them, and we prize them, so may our children and our children's children love and preserve them.

Quoted by David Calhoun, "Old Princeton Seminary and the Westminster Standards" in Ligon Duncan [ed], The Westminster Confession into the 21st Century Vol. 2, p.34
Posted by Martin Downes at 6:00 AM