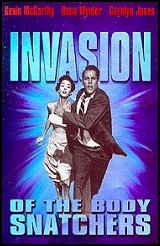 Liberalism tried to takeover Christianity from within


Here is an example of a body snatching alien invasion supplied by Doug Wilson:

"J. Gresham Machen was once speaking with B.B. Warfield about whether the mainstream Presbyterian church (at the beginning of the twentieth century) was going to split over the issue of liberalism. Warfield said that it was not possible, and his reason for this is that "you can't split rotten wood." Machen was to go on to win renown for his great battle with liberalism, and in my view, his greatest contribution on that front was his book Christianity and Liberalism.

In that book, Machen argues that liberalism is another faith altogether; it is not a variant form of the Christian faith. It does not involve minor doctrinal adjustments here or there, it is rather the result of global assumptions that affect every doctrine. This is why liberalism has afflicted every kind of denomination -- as liberalism has done its work, it has functioned as a universal corrosive. This rot of unbelief cannot be said to be a peculiar unfolding of, say, Reformed presuppositions, or Free Methodist presuppositions, or Roman Catholic presuppositions.

Liberalism is a parasite that has been able to function within any number of host bodies.

Roman Catholics used to say that liberalism was a "logical consequence" of Protestantism, but now liberalism has shown its ability to flourish within the confines of Rome as well.

This is essentially the same observation that Tertullian made.
Posted by Martin Downes at 9:34 AM