The Fatal Attraction of Heresy 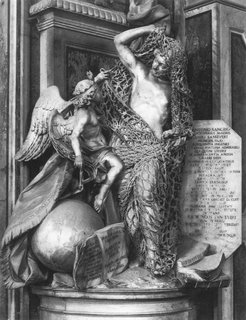 One of the deeply perplexing things about heresy is its appeal. Who, in their right mind, would want to believe what is false?

Perhaps we can make allowance for those who believe a heresy because they are sincerely ignorant about the truth. After all imagine reading a version of the Bible that deliberately misinterprets and misrepresents the full deity of Jesus Christ and the deity and personality of the Holy Spirit. Then add to that the environment of being taught error by zealous, well meaning people.

But such allowances are no help toward a comprehensive explanation. There are people who deliberately choose not to believe the truth, and instead openly choose to embrace error. What accounts for this wilful behaviour?

There are two interconnected parts to the appeal factor of heresy:

1. A biblical theology of heresy understands that destructive error ultimately originates with Satan. Paul in 2 Corinthians 11 unmasks the super-apostles. They are really servants of Satan, even though they masquerade as servants of Christ. And Paul likens their approach to the Serpent deceiving Eve by his cunning. The Corinthians are being lead astray from a pure devotion to Christ. Having abandoned the faith, Paul writes to Timothy, some will follow deceiving spirits and things taught by demons. Timothy must gently instruct his opponents knowing that they are in the trap of the devil.

Incidentally John Owen viewed the rise of anti-trinitarianism during the Reformation as a change of strategy by Satan because of the success of Luther in recovering the gospel of justification by faith alone. One of Owen's theological opponents, the Socinian John Biddle, returned the favour. Biddle believed the Trinity to be a Satanic deception mediated through Platonic philosophy.

The origin of heresy is demonic. Behind the false teachers is the deceiving work of the ancient Serpent, the Devil. As unpalatable to the taste as it may seem this is the inescapable reality of heresy in the biblical worldview. And recognising this fact leads to the second part of understanding the appeal factor.

2. Heresy is theological disobedience with alleged benefits. It is a different perspective on the truth that promises better things than the Word of God. It is makes the "truth" easier to believe. It tells reason not to be a servant but an autonomous judge, it turns that which is incomprehensible, but revealed and accommodated to our understanding, into a flat pack that is easier to assemble.

Why else would you believe it unless it offered to deliver the goods? This is C. Fitz-Simon Allison's thesis in The Cruelty of Heresy. Heresy is the way we would like things to be, not God's way which is infinitely better. It appeals to some aspect of our sinfulness and confirms it by becoming the truth that we really want. There is something in every heresy that appeals to us, but the appeal is not to our love of goodness and truth.

This is how Irenaeus put it:

"Error, indeed, is never set forth in its naked deformity, lest, being thus exposed, it should at once be detected. But it is craftily decked out in an attractive dress, so as, by its outward form, to make it appear to the inexperienced (ridiculous as the expression may seem) more true than the truth itself".

Isn't this the way it was in the Garden? There, the truth that Satan offered was so much better than what God knew but kept from Adam & Eve. Without these inducements why else would someone turn away from the truth and embrace error? Think of heresy as a moral problem instead of it just being a neutral choice among theological options.