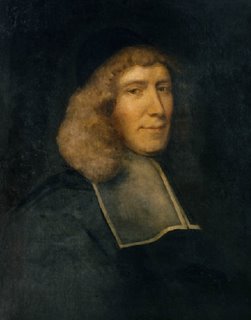 John Owen was justly christened, writes H. J. McLachlan, a "hammer of the Socinians". In 1655 his work Vindiciae Evangelicae: or the Mystery of the Gospel vindicated and Socinianism examined was published at the request of the Council of State. Here are two quotations from the lengthy preface charting the history of Socinianism. They both indicate that heresy is a matter not merely of the head and intellect but of the heart. The choice of heresy is a spiritual and moral matter and concerns our orientation to God's Word and contentment with his verbal revelation. The first quotation touches on the cause and cure of heresy:

"This I am compelled to say, that unless the Lord, in his infinite mercy, lay an awe upon the hearts of men, to keep them in some captivity to the simplicity and mystery of the gospel who now strive every day to exceed one another in novel opinions and philosophical aprehensions of the things of God, I cannot but fear that this soul-destroying abomination will one day break in as a flood upon us."

And in the second Owen sets this in a broader framework of the causes of heresy:

"Not to speak of the general and more remote causes of these and all other soul-destroying errors, or the darkness, pride, corruption and wilfulness of men; the craft subtilty, envy and malice of Satan; the just revenging hand of God, giving men up to a spirit of delusion, that they might believe lies, because they delighted not in the truth".

Owen's work is a massive exegetical and theological defense of the gospel. In the end it is the Scriptures that are the court of appeal and the arena where he refuted the Socinians. In that regard Owen held that knowledge of the original langauges was needed to stop his opponents escaping and evading his counter-arguments.