What is and isn't at stake in a theological street fight 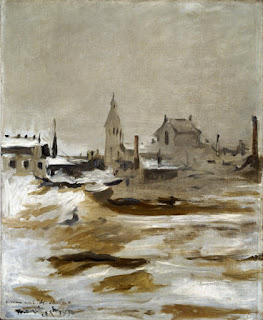 In a theological street fight we all know that what is at stake is the truth.

That is why those concerned to defend orthodoxy seek to make clear that there is a Truth War (MacArthur), No Place For Truth (Wells), that some views are Beyond the Bounds (Piper/Taylor/Helseth), and so on.  Of course what is at stake is never, strictly speaking, the truth.  God's truth is not vulnerable to the well meant or malicious assaults of those in error, it is simply impervious to attack.  Even in the face of overwhelming numbers one can afford to say "contra mundum? -- so what?"

The reality of God, Christ, sin, salvation, heaven and hell are never affected by the denials and distortions of heretics, false teachers and the theologically clueless.  What is affected is not the reality of these things but their perception and reception by those who in the face of truth ought to be humble receivers and not arbitrators of what is doctrinally acceptable.  Ironically as much as those waving a long goodbye to orthodoxy often complain about conservatives playing the part of the doctrine police, that is in fact exactly what those in serious error are seeking to do.

Objectively the status of the truth never alters.  It cannot be moved, shaken, disturbed or overthrown.  Subjectively, in the minds of men, it will either be affirmed, believed, taught, proclaimed, defended, clarified and made the rich fuel of devotion, or else it will be denied, hated, misrepresented, slandered, attacked, and kicked around as if it were expendable.

Does this make a difference?  Knowing that truth endures, despite the folly of it's detractors, makes a real pastoral difference.  In the thick of controversy you can afford to whisper to yourself "Don't forget, the Lamb wins, the earth will be covered with the knowledge of the Lord as the waters cover the sea."

On this subject consider the wise words of Bruce Ware with which he opened his fine polemic book God's Lesser Glory:

As goes the doctrine of divine providence, so go vast portions of our entire doctrine of God and with it our conception of God's glory.  But again, do not fear.  The glory of God as a reality is vast, boundless, infinite, splendour-filled and wondrous.  As such, the glory that is God's alone is absolutely unshaken and undiminished by human proposals that would seek to make finite what is infinite, bounded what is boundless, and humanlike what is, eternally and uniquely, God's own.

Yet, our conception of the glory of God will be shaped largely by our understandings of his nature, his perfections, his sovereignty, his wisdom, his knowledge, his moral holiness and goodness, and through all of this his providence...while the turmoil over how best to formulate the doctrine of divine providence affects not a whit the actual greatness and glory of God (he is who he eternally is regardless of what anyone says of him!), this turmoil has an enormous impact on Christian thought and life.  To get it wrong here is to create a thousand related problems, both theological and practical. (p. 13)