An uneasy bed for a dying man's conscience 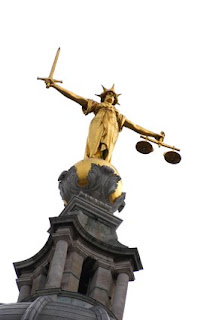 In his letter vindicating 'The Doctrine of Justification from the Unjust Charge of Antinomianism', Robert Traill put forward four points tho recommend the Reformed doctrine of justification.  Consider what he had to say in his third point about it's suitability to the frame of mind necessary when we approach God:


Men may think and talk boldly of inherent righteousness, and of its worth and value; of good works, and frames and dispositions: but when men present themselves before the Lord, and have any discoveries of his glory, all things in themselves will disappear, and be looked upon as nothing.

No man can stand before this holy Lord God, with any peace and comfort, unless he have God himself to stay upon.  His grace and mercy in Jesus Christ, can only preserve a man from being consumed.  Hence we see the difference betwixt mens (sic) frame in their disputes and doctrine about these points, and their own sense and pleadings with God in prayer. (p.269)

Traill's fourth recommendation is the litmus test of the death bed, that place where good works flee away and where a lifetime's sins of omission and commission are churned up in the memory.  Traill's observations are not only helpful in putting forward the need to rest and rely on Christ alone but also in spelling out the tawdry and unstable alternatives:


Consider how it is with the most holy and eminent saints when dying. Did you ever see or hear any boasting of their works and performances?  They may, and do own, to the praise of his grace, what they have been made to be, what they have helped to do or suffer for Christ's sake.

But when they draw near to the awful tribunal, what else is in their eye and heart, but only free grace, ransoming blood, and a well ordered covenant in Christ the Surety?  They cannot bear to hear any make mention to them of their holiness, their own grace and attainments.

In a word, the doctrine of conditions, qualifications, and rectoral government, and the distribution of rewards and punishments, according to the new law of grace, will make an uneasy bed to a dying man's conscience; and will leave him in a very bad condition at present, and in dread of worse, when he is feeling, in his last agonies, that, the wages of sin is death, if he cannot by faith add, but the gift of God is eternal life, through Christ Jesus our Lord. (p. 270-1)