We all preach justification by faith 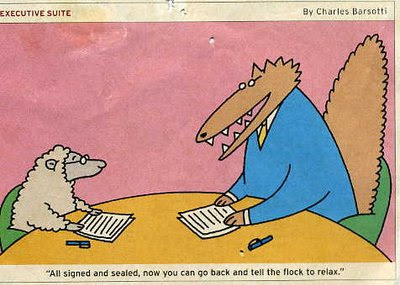 One of the most basic lessons we need to learn about doctrinal errors is that they so often involve mutually exclusive interpretations of the same biblical and theological vocabulary used by the orthodox.  Before I illustrate this point it is worth teasing out some implications.

If a mutually exclusive interpretation of the word justification occurs, within the context of a shared ecclesiastical or para church basis of faith, then that body, organisation, institution or grouping has a verbal unity in appearance only.

There is no substantial agreement when parts of the whole mean different things by the set of words adopted as the standard for the whole.  On the surface you think that you are looking at unity.  But when you look more closely at what lies beneath you begin to realise that people really do mean very different things even when they have signed up to the same form of words.

An almost bizarre example of this doctrinal confusion is that of the Henry Sloane Coffin, pastor of Madison Avenue Presbyterian Church and associate professor at Union Theological Seminary in New York:


In subscribing to the Westminster Confession of Faith Coffin did not believe that he was accepting the doctrines stated in the Confession.  Rather, as he later maintained, "The formula [of subscription] means to me that under the supreme authority of Christ I receive the Confession as setting forth in seventeenth century thought and language the principle doctrines which have grown out of and foster the religious experience of protestant evangelical Christians, and which it is my privilege to teach in the best thought and speech at my command for those to whom I minister." (Longfield, The Presbyterian Controversy, p. 85-6)

When conflict arises between opposing parties because there are real differences of interpretation despite the presence of an agreed set of words the most helpful way forward can take two forms.

1.  You have to ask whether a particular interpretation is a clear departure from the intended meaning of the framers of the original document.

2.  It may be necessary to ask if the wording of the original document needs expanding, not to add any new truth, not to move on in a direction contrary to the original, but as the best way to clarify the true meaning of the original by identifying and rejecting new errors.

Extra words and a fuller confessional statement may be needed because the original words have been hijacked.  As Augustine pointed out long ago, "It is underneath these few words, therefore, which are thus set in order, that most heretics have endeavoured to conceal their poisons" (A Treatise on Faith and the Creed, Chapter 1)

Whether the first or second of these routes is followed, and they are not mutually exclusive, they represent a desire to avoid the Humpty Dumpty syndrome:


"When I use a word," Humpty Dumpty said in a rather scornful tone, "it means just what I choose it to mean -- neither more nor less."
"The question is," said Alice, "whether you can make words mean so many different things."

One of the effects of this kind of confusion over words is that it can make controversies drag on for much longer than they need to.  Another effect is to make the work of discernment by church members that much harder.  They hear sound words and need to discern whether those sound words are being used in unsound ways.

Here is Traill's assessment of this issue with regard to justification by faith alone:


That we are justified by faith in Jesus Christ, is so plainly a New Testament truth, that no man pretending never so barely to the Christian name, denies it.  The Papists own it; and the Socinians, and Arminians, and all own it.  But how different are their senses of it?

And indeed you cannot more speedily and certainly judge of the spirit of a man, than by his real inward sense of the phrase, (if you could reach it), A sinner is justified by faith in Jesus Christ.

Some say, that faith in Jesus Christ justifies as it is a work...as if it came in the room of perfect obedience, required by the law.  Some, that faith justifies, as it is informed and animated by charity.  So the Papists who plainly confound justification and sanctification.

Some say, that faith justifies, as it is a fulfilling of the condition of the new covenant...they will have this faith to justify, as it hath a principle and fitness in it to dispose to sincere obedience.

The plain old Protestant doctrine is, that the place of faith in justification is only that of a hand or instrument, receiving the righteousness of Christ, for which only we are justified.  So that though great scholars do often confound themselves and others, in their disputations about faith's justifying a sinner; every poor plain believer hath the marrow of this mystery feeding his heart; and he can readily tell you, that to be justified by faith, is to be justified by Christ's righteousness, apprehended by faith.

The Doctrine of Justification Vindicated, p. 259
Posted by Martin Downes at 3:16 PM

How good that you have this article. I am preaching Roman and have addressed this point. You have really open a new thought to me. Thanks.

I came across this paper a few months ago
SAYING “JUSTIFICATION BY FAITH ALONE”
ISN’T ENOUGH
by J. Wesley White

Simple formulae such as “justification by faith alone” are
helpful pedagogical tools and rallying points for particular
doctrines. However, we hope that we have demonstrated that
believers must also be cautious that their use of such formulae
does not become a substitute for careful exegesis and clear
definitions. As with other doctrines, simple phrases can be used
with entirely different meanings. This has always been true, and
thus we need to pay careful attention to how these words are
defined.

The paper is from the MID-AMERICA JOURNAL OF THEOLOGY volumn 17 - on the web - worth a good look at.