Whatever happened to the Angel of the Lord? (1) 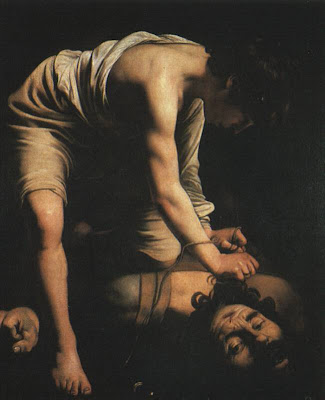 This week I will be posting some extracts from an address that I gave at the "Trinity Day" at Mount Pleasant Baptist Church, Swansea:

I am going to focus on the identity of “the Angel of the Lord” who is none other than the pre-incarnate Son of God.

But as we do that, we encounter a problem. My title for this session is “Whatever happened to the Angel of the Lord?” In a day when Christians are more and more used to hearing Bible overviews the Angel of the Lord has been largely forgotten and too often explained away.

But throughout church history many Christians believed that the Angel of the Lord in the Old Testament was none other than the pre-incarnate revelation of Christ. In fact when some of the early church fathers who met at the Synod of Antioch (268 AD) wrote a letter to the heretic Paul of Samosata they said that the “Angel of the Father being himself Lord and God...appeared to Abraham, and to Jacob, and to Moses in the burning bush.”

H. P. Liddon in his Bampton lectures on the divinity of Christ said that:

The earliest Fathers answer with general unanimity that he was the Word or Son of God himself. (p. 56)

The church fathers before Augustine were unanimous in explaining this Angel of Jehovah as a theophany of the Logos (cited by Douglas Kelly, ST: Vol. 1, p. 465)

John Currid in his commentary on Exodus writes:

Some commentators argue that the Angel of the LORD is the Second Person of the Trinity, a pre-incarnate Christ. As John Calvin remarks, 'But let us enquire who this Angel was?...The ancient teachers of the Church have rightly understood [it to be] the Eternal Son of God in respect to his office as Mediator'.

That view, which as I will show you, can be found in church history has been largely left behind.

Even though identifying the "Angel of the Lord" with the pre-incarnate Christ, I had missed this idea of the faithful saints in the OT knowing somewhat of a mediator through the title, and whom they worshiped as truly God.

Wrote about it here as I was reading through Calvin's Institutes:
http://taste-that-which-is-good.blogspot.com/2009/02/i0209-angel-of-lord-2nd-look.html

Great stuff Martin! We'll have to collect together our quotes from church history somewhere. I know Steve Levy has an impressive assortment too.

By the way - were these talks recorded? Are they accessible somewhere?

Thanks for the encouragement.

I've dropped Steve a line to find out.