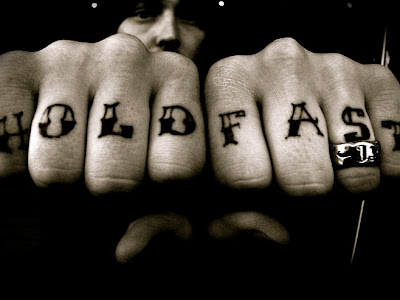 This is a re-post from a series in the Against Heresies archive:

The New Testament connects truth with godliness, and error with immorality.

Although we should never be glad about it, the truth is that we are not surprised when a false teacher is further compromised by immoral behaviour. As G. K. Chesterton once said "heresy always affects morality, if it's heretical enough."

Heresy, however, not only leads to sin, it is sin. Believing in heresy is wrong not only mentally but also morally. Choosing to believe it is an act of the mind, heart and will that is against God and his Word. Of course there will always be some who believe error that have never been exposed to the biblical gospel. For others there will have been a choice exercised, rejecting one thing and embracing another. I have addressed some of the principle reasons why people embrace errors here.

Paul's reminder to the Corinthians about the gospel that he had preached to them, which they had believed, and on which they had taken their stand, also included the admonition to hold fast to the gospel (1 Cor. 15:1-2). This ongoing act was a vital and necessary part of Christian obedience. It was orthopraxy in action. Not to hold fast would be an act of disobedience. In the movie Master and Commander one of the weather beaten old sailors has the letters H-O-L-D F-A-S-T tattoed across his knuckles. A great motto for a sailor, but an even better one for a Christian.

Deacons must hold the mystery of the faith with a good conscience (1 Tim. 3:9), knowing that the Spirit has forewarned that some will depart from the faith (1 Tim. 4:1-2). Paul's closing admonition is that Timothy must "guard the deposit entrusted to him" and avoid what is falsely called knowledge. By professing this some have swerved from the faith (1 Tim. 6:20-21).

2 Timothy carries similar reminders about those who have "swerved from the truth" and now preach a different interpretation of the resurrection (2 Tim. 2:18). All these examples show an unwillingness on the part of heretics to continue in the faith, an aversion to the truth, and a preference for closely worded alternatives.

If we realise that the deliberate choice of heresy is itself an immoral act perhaps we will be less impressed by the apparent godliness of heretics. Heresy can come with all the trappings of spirituality, self-denial, humility, tolerance, and self-discipline. All these, however, can gloss over the presence of a carnal pride that refuses to submit to the truth, and the arrogance of an autonomous spirit that deliberately dismisses biblical doctrine.

Heresy was treated by the early church as the concern not only of doctrinal theology, but also of moral theology, of canon law, and finally of civil law as well.

This was not only because of the stock accusation that false doctrine led to "all those kinds of forbidden deeds of which the Scriptures assure us that 'they who do such things shall not inherit the kingdom of God,' " but because of the claim that the invention and especially the propagation of false doctrine were due to "a vainglory that has preoccupied their mind (Irenaeus)."

The antidote to all this was well expressed by the great Puritan theologian John Owen. Writing about the rise of Socinianism, Owen remarked:

This I am compelled to say, that unless the Lord, in his infinite mercy, lay an awe upon the hearts of men, to keep them in some captivity to the simplicity and mystery of the gospel who now strive every day to exceed one another in novel opinions and philosophical apprehensions of the things of God, I cannot but fear that this soul-destroying abomination will one day break in as a flood upon us.

Posted by Martin Downes at 2:44 PM