What the new atheists don't see 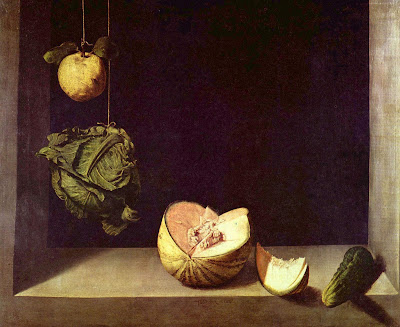 The following is by Theodore Dalrymple and appears in The City Journal:

This sloppiness and lack of intellectual scruple, with the assumption of certainty where there is none, combined with adolescent shrillness and intolerance, reach an apogee in Sam Harris’s book The End of Faith. It is not easy to do justice to the book’s nastiness; it makes Dawkins’s claim that religious education constitutes child abuse look sane and moderate.

Harris tells us, for example, that “we must find our way to a time when faith, without evidence, disgraces anyone who would claim it. Given the present state of the world, there appears to be no other future worth wanting.” I am glad that I am old enough that I shall not see the future of reason as laid down by Harris; but I am puzzled by the status of the compulsion in the first sentence that I have quoted. Is Harris writing of a historical inevitability? Of a categorical imperative? Or is he merely making a legislative proposal? This is who-will-rid-me-of-this-troublesome-priest language, ambiguous no doubt, but not open to a generous interpretation.

It becomes even more sinister when considered in conjunction with the following sentences, quite possibly the most disgraceful that I have read in a book by a man posing as a rationalist: “The link between belief and behavior raises the stakes considerably. Some propositions are so dangerous that it may be ethical to kill people for believing them. This may seem an extraordinary claim, but it merely enunciates an ordinary fact about the world in which we live.”

Let us leave aside the metaphysical problems that these three sentences raise. For Harris, the most important question about genocide would seem to be: “Who is genociding whom?” To adapt Dostoyevsky slightly, starting from universal reason, I arrive at universal madness.

Lying not far beneath the surface of all the neo-atheist books is the kind of historiography that many of us adopted in our hormone-disturbed adolescence, furious at the discovery that our parents sometimes told lies and violated their own precepts and rules. It can be summed up in Christopher Hitchens’s drumbeat in God Is Not Great: “Religion spoils everything.”

What? The Saint Matthew Passion? The Cathedral of Chartres? The emblematic religious person in these books seems to be a Glasgow Airport bomber—a type unrepresentative of Muslims, let alone communicants of the poor old Church of England. It is surely not news, except to someone so ignorant that he probably wouldn’t be interested in these books in the first place, that religious conflict has often been murderous and that religious people have committed hideous atrocities. But so have secularists and atheists, and though they have had less time to prove their mettle in this area, they have proved it amply. If religious belief is not synonymous with good behavior, neither is absence of belief, to put it mildly.

In fact, one can write the history of anything as a chronicle of crime and folly. Science and technology spoil everything: without trains and IG Farben, no Auschwitz; without transistor radios and mass-produced machetes, no Rwandan genocide. First you decide what you hate, and then you gather evidence for its hatefulness. Since man is a fallen creature (I use the term metaphorically rather than in its religious sense), there is always much to find.

The thinness of the new atheism is evident in its approach to our civilization, which until recently was religious to its core. To regret religion is, in fact, to regret our civilization and its monuments, its achievements, and its legacy. And in my own view, the absence of religious faith, provided that such faith is not murderously intolerant, can have a deleterious effect upon human character and personality. If you empty the world of purpose, make it one of brute fact alone, you empty it (for many people, at any rate) of reasons for gratitude, and a sense of gratitude is necessary for both happiness and decency. For what can soon, and all too easily, replace gratitude is a sense of entitlement. Without gratitude, it is hard to appreciate, or be satisfied with, what you have: and life will become an existential shopping spree that no product satisfies.

Email ThisBlogThis!Share to TwitterShare to FacebookShare to Pinterest
Labels: Atheism

very helpful quote, and the whole article is better yet.

You may have seen me running foul of new atheists in the blogosphere this week, not only throwing out reason but deliberately reversing things I said,claiming "we don't have to understand these Christians, they are so intolerant. We just have to oppose them."

Rationalism? I don't think so. Its not intellectually (or historically) so very far from that to the killing people for holding ideas that you don't like that Dalrymple quotes.