Christ and the Law: More from Samuel Petto 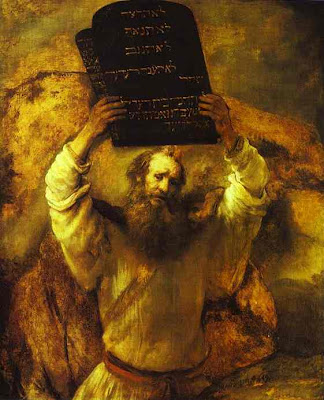 If the Lord be God to any, it is in Christ; if their inquities be forgiven, it is in the blood of Christ; if the divine law be written in their hearts, it is by the finger of the spirit of Christ.

Samuel Petto, The Great Mystery of the Covenant of Grace, p. 72

Doubtless men are obliged, at all times, to let the streams of their love run towards God; to love him with all their heart, with all their soul, with all their mind, and to love their neighbour as themselves...the fulfilling of these is the keeping of the law.

" ... For if a law had been given which was able to impart life, then righteousness would indeed have been based on law." Galatians 3:21.

"However, the Law is not of faith; on the contrary, "HE WHO PRACTICES THEM SHALL LIVE BY THEM." Christ redeemed us from the curse of the Law, having become a curse for us--for it is written, "CURSED IS EVERYONE WHO HANGS ON A TREE"-- in order that in Christ Jesus the blessing of Abraham might come to the Gentiles, so that we would receive the promise of the Spirit through faith." Galatians 3:12-14.

"Therefore, my brethren, you also were made to die to the Law through the body of Christ, so that you might be joined to another, to Him who was raised from the dead, in order that we might bear fruit for God. For while we were in the flesh, the sinful passions, which were aroused by the Law, were at work in the members of our body to bear fruit for death. But now we have been released from the Law, having died to that by which we were bound, so that we serve in newness of the Spirit and not in oldness of the letter." Romans 7:4-6.

"For the whole Law is fulfilled in one word, in the statement, "YOU SHALL LOVE YOUR NEIGHBOR AS YOURSELF." ... But if you are led by the Spirit, you are not under the Law. ... But the fruit of the Spirit is love, joy, peace, patience, kindness, goodness, faithfulness, gentleness, self-control; against such things there is no law." Galatians 5:14-23.

Bill FYI. Rom. 2:13
"It is not those who hear the law who are righteous in God's sight, but it is those who obey the law who will be declared righteous."
You need to find out which law he is talking about.

To M. Downes.
In regard to your statement that none of rhe apostles ever refer to Gen. 9:5 see Acts 2:23 "by God's set purpose and foreknowledge." comparative is, Gen. 9:5c "and from each man, too, is God's set purpose for each man.