Some reasons why people embrace errors 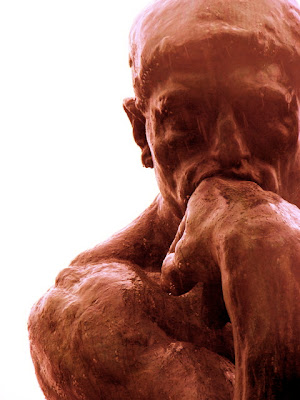 People embrace errors for a variety of reasons:

This is what they have been taught as the truth, and they have received it from people they respect, trust and love. Having an inheritance is a blessing or a curse depending on what we inherit. Timothy inherited sound teaching and living examples of godliness (2 Timothy 3:10-13), nevertheless Paul still directs him to the more sure and solid foundation of sacred Scripture (3:14-17). Some people inherit serious theological errors (e.g. they are raised to beleive that Christ was no more than a man).

They don't know any better. This is what they have been taught and they haven't had anything that has challenged their initial assumptions and convictions. They are not really aware of any alternatives.

a) Prejudice due to misinformation

Examples of this would be the accusation that amillennialists have a faulty hermeneutic borrowed from liberals or Roman Catholics, that they don't take the Bible literally. This kind of prejudice can be exacerbated by misrepresenting the views of your opponents, or choosing their worst representatives rather than their best. In this way you can, without sufficient warrant, dismiss anyone who holds to that view (e.g. all Calvinists are against missions and evangelism).

Prejudice is always difficult to overcome, whether it has been created by caricatures or by people whose behaviour has been inconsistent with their profession (and doesn't that describe all of us), e.g. I met an inerrantist once and they were narrow minded and bigoted (they would probably be narrow minded and bigoted if they denied inerrancy and believed that the Bible was shot through with error).

b) Prejudice due to a refusal to accept the truth

Instead of being prejudiced against a position that has been caricatured, or prejudiced because of bad experiences with people, this kind of prejudice is against a position. It is more than intellectual, it is deeper seated than that. It is the kind of prejudice displayed by John Wesley against the Calvinistic view of predestination. Wesley was bold enough to say that whatever the Bible teaches it cannot teach the Calvinistic view. In cases like this one begins to ask whether the locus of authority has switched from Scripture to the individual (e.g. I won't believe in a God who sends people to hell forever).

Specifically dissatisfaction with the truth. This is a little different to the last point. Again let me subdivide it:

a) Dissatisfaction due to a love of novelty

Some people identify with a position, a label, a group, but never seem to get their roots down into the truth. They are, perhaps, caught up with the moment, riding on the crest of a wave (e.g. cool culture affirming new calvinism) but not anchored personally in the truth. Their interest is a phase, and then they move on to something new and have a testimony about how they too were once a Calvinist. Some people are restless spirits. Imagining that they really did hold to a position they can wax eloquent about it deficiencies.

b) Dissatisfaction due to the limits of revelation

God has given us all that we need to know about his works and ways in his Word. That Word binds our thoughts and sets the limits of our investigations. But the issue is not only eschatological, it is also about the limits placed upon us as creatures. What we know is sufficient, but even what we know we cannot fully fathom or work out (Romans 11:33-36). We may then seek to resolve things that cannot be resolved, to rationalize beyond the limits set by revelation, to draw inferences that are not warranted. This is part of the attraction of heretical solutions. They offer a neatness where we out to feel our own finitude and be content with unfathomable mystery.

b) Dissatisfaction due to being unregenerate

Quite simply the person without the Spirit will not receive the things of the Spirit, they are foolishness to him (1 Corinthians 2:14). Paul's castigation of the false teachers on Crete included a devastating assessment of their spiritual state (Titus 1:15-16). We expect this of people who are agnostic or atheists, we ought to expect it from those who are Christianized but not really converted.
Posted by Martin Downes at 9:15 AM

I was asking a new friend on Facebook if there were any blogs that focused on theology, and he suggested your site. I have only read a small portion, and I feel I have found what I was looking for. I look forward to reading further. I am so weary of weak teaching...

Glad that you have found it helpful