Don't mix up your covenants 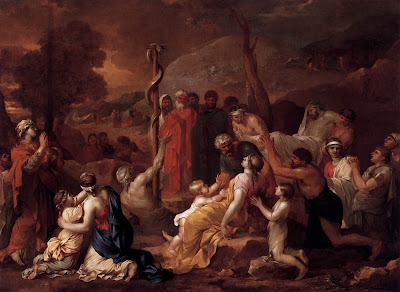 Whilst on holiday I have ben reading Samuel Petto and have found him to be full of insight. The following is his 1673 work, with a recommendation from John Owen, The Great Mystery of the Covenant of Grace:

...when the children of Israel had sinned egregiously in making the calf, and the Lord severely threatened even to consume them, Exod. xxxii. 10, 11. Moses, in interceding for them, does not plead the covenant newly made at Mount Sinai, but that with Abraham--verse 13. Remember Abraham, Isaac, and Israel, thy servants, to whom thou swearest etc. &c.

He saw he could not ground his plea upon the Sinai covenant, already violated by them, and, therefore he flees to another, founded upon free grace. So, Deut. ix. 27. 2 Kings xiii. 23. The Lord was gracious to them, and had compassion on them, and had respect to them.

O then let Christians beware of mixing and confounding the old and new covenants, which are so distinct. It is the great design of the Epistle to the Romans and Galatians to beat off from this mixture: both have their great use, but they must have their due place--Gal. iv. 24.

Samuel Petto, The Great Mystery of the Covenant of Grace, p. 109
Posted by Martin Downes at 10:18 AM

Thanks for quoting that. I've never come across that author or book.