On novelties, theological development and Madonna 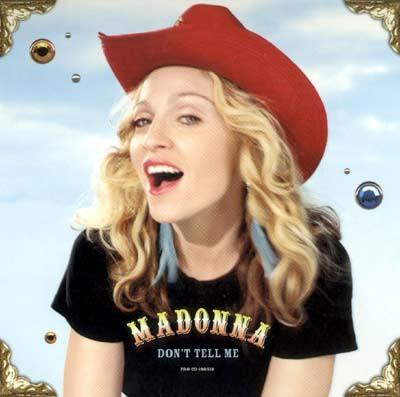 Godly counsel is a wonderful thing.

Phil Johnson made a remarkable comment some time back in one of the discussions at Pyromaniacs. He referred to the short life-span of theological views held by the people in their twenties. Every eighteen months or so some people go through a revolution in their thinking, a paradigm shift that leaves behind one view and is off touting a new one. I think this was a very shrewd observation.

Hence, some people change their theology more often than Madonna changed her image in her illustrious pop career. The point at issue is not of course the exact time frame involved but the short term exposure to, and grasp of, a particular view or church tradition.

At one level it begs the question about the depth of thought, learning, meditation, and understanding that lies behind what we believe. Whatever view you take on baptism, for example, what is transparently clear is that great men of God, with great learning, have written on the subject extensively in the past. One ought to be familiar with the best arguments for a position, and the best books on the subject, before changing sides. Shallow learning, frequent shifting of convictions, and the readiness to promote our new views with all the zeal of a fresh convert, are quite revealing indicators of our theological gravity.

Whether it is the cause, or the consequence, of the problem, there is no doubt that a minimalist view of doctrine is a factor in the a-historicizing of Christianity. Or, to put it another way, evangelicalism undermines a sense of the breadth and depth of orthodox Christian thought. A minimalist approach to statements of faith weakens the connection between the 21st century and the past. Of course some newer traditions have to scrabble around for historic roots because they haven't got any (the was true of the UK charismatic interest in the Celts that surfaced in the mid to late 1990s). A lack of awareness of historical theology also leaves room for novelties to pose as orthodoxy, and biblically established and historically believed truths to be accused of being innovations.

In addition it is all too easy to apply words to our views without sufficient care or warrant. So, we call ourselves "Reformed" or "Calvinists" quite happily, whilst having no acquaintance with the Westminster Standards or the Three Forms of Unity (and if you think you are Reformed but wonder what the Three Forms of Unity are then it is high time to do some homework). Whatever you make of Reformed theology the last thing it could be accused of is being lightweight. The heritage of writing (exegetical, systematic, confessional, pastoral) is one of the wonders of the world. Standing before such works leaves one feeling very small. It is great to be a sapling in the Reformed forest because however small you are in stature the land is firm and the soil is rich.

Novelties and innovations appear to be such when we have done our homework on the things that we believe. Without that homework our claim to be biblical, evangelical, or even Reformed, simply masks a shallowness of thought. No wonder then if we get dazzled by the wrapping paper of wayward doctrines.
Posted by Martin Downes at 1:18 PM

Your post and a exerpt from Feb. 08 of Episcopal Life came together to make a lot of sense. I posted about your post on my blog www.iwestminster.com (Creedal gymnastics) thought you might be interested.
Thanks for the vigilence and great posts on the importance of creeds.

Hey thanks. I'll take a look.

Brilliant. Thank you. Most challenging and helpful.

I might even forgive you for your earlier near-racist taunting!

I suppose I must speak as one of those 'tossed to and fro by the waves and carried about by every wind of doctrine' twenty-somethings.

I have reflected on my buffeting quite a bit and I don't think that a historical perspective is the magic bullet. The winds of doctrine are not just the latest thing (NPP, FV or whatever) but older movements as well (neo-Calvinism, Puritanism, Lutheranism, early-Reformers, Anabaptists etc). In fact the more I explore the learning of our father's in the faith the more I get buffetted. In fact the only thing that keeps me steady is the text of the Bible. I grow in what is clearly taught in the bible and yet historical theology is such a complex maze that it blows my mind most of the time.

The only time that study of historical theology has been a stabilising factor in my theology has been when I used to revere Calvin so much I doubted he was ever wrong... Yes I was stable but was I submitting to the one Rabbi we should submit to?

Having said that a basic understanding of the Ecumenical Creeds has made me very wary of innovations in the doctrine of God, and a knowledge of the constant and ancient acceptance of the canon and infant baptism has made we wary of innovations on that front as well. So it has had some kind of stabilising effect.

I don't think it is an easy problem to solve. But the first step is to realise it is a problem (reading blogs I sometimes don't think even that is recognised sometimes).

I think the key thing is not what you read, or how much you read, but how you read it. I have read more than most people I know, I have read more Luther and Calvin than anyone I've ever met in real life (although not that much all considered) and yet I know there are dozens upon dozens of people at my local church more deeply rooted, and less prone to be 'tossed to and fro' in doctrine than me. Listening to God's word stabilises me, and so does keeping the main thing the main thing, while God's glory has got to be the ultimate aim. And despite your criticisms I still think that so called 'minimalist' confessions have a role in exactly this place.

Anyway, thanks for making me think again, I will continue thinking... and you never know, I'm a twenty-something so I'll probably change my mind again before long!

Thanks. I'll gladly receive your forgiveness if you acknowledge the achievement of the Dragonhood last Saturday.

I appreciated reading your comment. Perhaps I'm bitter now that I'm in my thirties. There are of course several reasons why people gyrate from one theological position to another. I wonder sometimes what role temperament plays in this. What I was getting at was the immature transition from one view to another that belies a lack of rootedness in Scripture, history, and serious theological thought on the issues at hand.

When our thinking merely reflects what we have recently been reading, and changes violently and often, it is really not a good sign...especially if we are teaching others.

It is not of course restricted to a particular age. A friend told me of an American preacher he knows who goes through a crisis and changes his theology every six years or so.

I'm a young sapling, more like a germinating seed in the Reformed forest. I have been studying the confessions for only a few years now, so I agree with your ideas here. In addition to what you have said, it might be added about the obstinacy of old age. Can you imagine Piper ever, in his later years, coming down firmly in a covenantal conviction? Being young has its advantages when it comes to thought shifts, old age seems to hinder that.

Despite the dangers I think teaching can sometimes be a stabilising effect as well. When you are less concerned about your needs and your interests, and more concerned with other people, it focuses the mind as you more self-consciously recognise the responsibility to lift up Christ and not the latest thing you just learnt.

Never thought I'd see Madonna on here... good post too.