Closer to God, further from the Truth 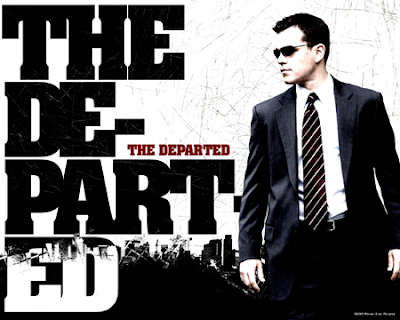 The former involves an objective position in relation to the truth (see 1 John, passim, for the antithesis between truth and error but especially 4:1-6). The latter involves a subjective awareness of your position in relation to the truth. This difference between an objective reality (e.g. Arius and Athanasius on the deity of Christ) and a subjective knowledge of that reality, leads to some perplexing questions:

From the perspective of pastoral theology this is an acutely important problem. At the very least we ought not to think that embracing serious theological error and knowing how serious that situation is will be self-evident. In fact the very opposite conclusion can be stated, as ludicrous as this may at first appear to be. Those in error claim to feel much closer to God than they were before, even though they are now much further away from the truth. There are several reasons for this.

1. False teaching is plausible and attractive

Mysticism and heady spiritual experiences are intoxicating. Legalism is a powerful wonder-drug. These avenues to experiencing God get results (never mind the downside which is an overweening pride that displays itself as elitist and therefore divisive). Look at Paul's contrast in Colossians 2:18-23:

Let no one disqualify you, insisting on asceticism and worship of angels, going on in detail about visions, puffed up without reason by his sensuous mind, and not holding fast to the Head, from whom the whole body, nourished and knit together through its joints and ligaments, grows with a growth that is from God.

If with Christ you died to the elemental spirits of the world, why, as if you were still alive in the world, do you submit to regulations— "Do not handle, Do not taste, Do not touch" referring to things that all perish as they are used)—according to human precepts and teachings? These have indeed an appearance of wisdom in promoting self-made religion and asceticism and severity to the body, but they are of no value in stopping the indulgence of the flesh.

Claims like these are not to be confused with reality as Paul makes very clear.

2. We have the capacity to be deceived and to self-deceive

At one point we have imbibed the teaching, and its benefits, and then we are off advocating and spreading the good news. Along with the ideas we have the testimonies as to how the teaching has changed our lives. Every cult under the sun does this, it is never a proof for the divine authenticity of our views. Just as it is possible to be under God's wrath and mistake this for a sign of his absence and irrelevance in the world (Rom. 1:18-32) so it is possible to think that we are now much closer to God when in fact we have been taken in by a lie (Eph. 4:14-15).

3. We can move the locus of authority away from Scripture to the self

This need not be ourselves as the locus of authority ("the Lord has told me") but also our infallible leaders who have mediated the new teaching to us (see the disaffection with Paul created by the false teachers fawning over the Galatians, Gal. 4:12-20). The status of leaders and their control over the opinions and attitudes of believers is a perennial problem (see 1 Cor. 1-4 and read every blog that gives news about a church subculture: Emergent, Emerging, Evangelical, Anti-Emergent, Federal Vision, Reformed, Baptist etc.).

Paul preached Jesus, the super-apostles preached "Jesus." The difference was not indicated by the use of speech marks. A fake "Jesus" will always get a following, a ready entourage who find his message conducive to their aspirations and desires, theological, ethical and social. Could there be a greater con trick in the history of the world than to put your trust in a "Jesus" who seems real to you but proves to have been the figment of someone's imagination?
Posted by Martin Downes at 12:01 PM

Amen. John Owen has lots to say about this in Mortification of Sin