Who is responsible for dealing with false teaching in the church? 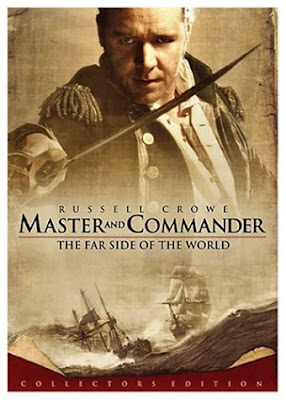 At the start of December a small group of us who organise a conference were evaluating comments made on the feedback forms. We had two plenary sessions on 1 Corinthians 15:1-4:

Note that Paul, in his summary of the things of first importance, specifies:
In the first session we were taken to the Old Testament to see how and where penal substitution is explained. The first session was about arriving at a right understanding, an orthodox interpretation, of the death of Christ from Scripture.

In the second session the focus was on right practice, orthopraxy. Paul stresses the transmission of the gospel. It was preached and received. This gospel was the one in which the Corinthians were taking their stand, and by which they were being saved. Look at the exhortation to ongoing orthopraxy, "hold fast."

That exhortation was not given in a vacuum but with the clear and present danger of an attack on the future resurrection of believers in mind. This false theology would destroy the truth of the atoning death and glorious resurrection of Christ. As in Corinth, so today, the exhortation to "hold fast" needs repeating in the face of denials of penal substitution. And in our second conference session some of the threats to penal substitution and the people who are behind them were mentioned.

One of the more intriguing comments on the feedback forms concerned the appropriateness of this emphasis and information for church members. This was felt to be suitable material for church leaders, they would have been the appropriate audience. I beg to differ.

The apostle Paul did not preface his words in 1 Corinthians 15 with a "Now, I speak to those who oversee the church of God." Neither for that matter did he address his concerns about "another gospel" to the elders of the churches in Galatia. Of course there are specific instructions given to Timothy, Titus, and church elders, about their distinct responsibilities in dealing with false teachers. Nevertheless, Christ has seen fit to hold not only officers but the whole church accountable for dealing with error. We cannot draw the conclusion that it is no concern of the congregation.

Charles Hodge deals with this matter with typical clarity:

Most of the apostolic epistles are addressed to churches--that is, the saints or believers of Corinth, Ephesus, Galatia and Philippi. In these epistles the people are assumed to be responsible for the othodoxy of their teachers, and for the purity of church members.

They are required not to believe every spirit; but to try the spirits--to sit in judgment on the question whether those who came to them as religious teachers were really sent of God. The Galatians are severely censured for giving heed to false doctrines, and are called to pronounce even an apostle "anathema" if he preached another gospel.

The command to watch over the orthodoxy of ministers and the purity of members was not addressed exclusively to the clergy, but to the whole Church.

Charles Hodge "What is Presbyterianism?" in A. A. Hodge, The Westminster Confession: A Commentary, p. 407
Posted by Martin Downes at 9:13 PM

That's a great, great post! So appropriate for the travails that is currently going on in The Episcopal Church and the Anglican Communion.