The Reformation and Deformation of the Church in Scotland: New titles from Christian Focus 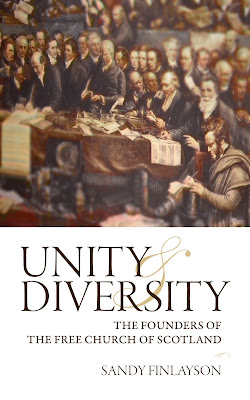 Christian Focus have two new titles on the stories of gospel faithfulness and doctrinal decline among nineteenth century Scottish presbyterians.

Thanks to Iain D. Campbell for pointing out Sandy Finlayson's new book on the Free Church Fathers Unity & Diversity: The Founders of the Free Church of Scotland. Iain says of this volume "where there is a love for the gospel in Scotland, their story deserves to be told, and Sandy Finlayson has told it well. A highly commended volume."

Beginning with Thomas Chalmers, each chapter has a biographical sketch of a key figure with an emphasis on why these men mattered in their time and what they still have to say to us in the 21st century.

All of the men portrayed were committed to the advancement of the Gospel in Scotland and further afield. While they shared a commitment to the Confession of Faith and reformed theology, this was expressed in unique ways by each of these men. Hence both unity and diversity is on view in these fascinating pages.

Carl Trueman writes about the book:

"Sandy Finlayson's study of the nineteenth century leaders of the Free Church of Scotland is neither hagiography nor iconoclasm; rather, it is the thoughtful reflection of a committed presbyterian on the men who helped shape the Scottish church through their commitment to orthodoxy, evangelism, and social action.

The attractive churchmanship which these church leaders represented is all too rare today; and I hope this work will do something to restore it to its rightful place in the wider Christian landscape."

More details, sample pages and the contents page can be found here 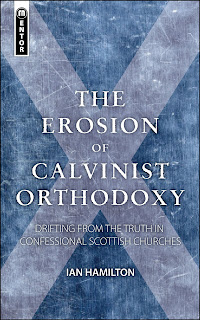 Christian Focus are also due to release Ian Hamilton's book on The Erosion of Calvinist Orthodoxy: Drifting from the truth in Scottish confessional churches.

This revealing read will give you an opportunity to learn from history. How do strong confessional churches that seem to be doing all the right things drift inexorably from the truth?. What is clear from Ian Hamilton's fascinating study is that it doesn't happen over night but it is a gradual erosion of theological and doctrinal standards.

Nineteenth century Scotland was seen as a Christian nation composed of church-going people. Among its churches, Presbyterianism was strongest, and within Presbyterianism there were several large denominations. The future looked bright and optimism marked many of the church leaders and congregations. Yet the sad fact is that most of them were blind to the presence of the warning signs that ultimately caused the decline and not the continued growth of the church in Scotland.

To understand how this happened Ian Hamilton looks at the changes that took place within one of these large Presbyterian denominations - the United Presbyterian Church - and analyses the roots, developments and consequences of these changes, particularly the departure from the doctrines summarised in the Westminster Confession of Faith.

It is a salutary lesson to observe that the movements for church unions and increased evangelism of the nineteenth century were not signs of spiritual health; instead they were inadequate sticking plasters that hid dangerous spiritual disease. This book also includes discussion on the nature of subscription to the Confession at time of 1733 secession, the atonement controversy 1841-45, the Union controversy 1863-1873 and 1879 United Presbyterian Church Declaratory Act.

More details can be found here
Posted by Martin Downes at 4:17 PM

David W. Hall's review of Hamilton's book in the WTJ from fall 1992 has this to say:

"One of his central arguments is that as slippage occurred, the innovationists were less willing to admit with candor that they had really modified any position at all. The growing theological laxity is seen when, during the Union discussions, the participants maintain that they still believe and have an unwavering commitment to the WCF, despite clear denials of particulars. If this sounds familiar to what American Presbyterians would hear a few decades later, that is likely due to the organic strain of the common theological virus. In fact, it may be that precedent-setting American Presbyterian cases, such as those surrounding Charles A. Briggs, were indeed guided by these controversies. Briggs himself (although Hamilton does not extend these lessons to the American venue), no doubt, was aware of this very strategy, noting its success. This chapter in Scottish history should at least be seen as a probable precursor to Briggs and other American degeneration in terms of confessional orthopraxy."

It seems they never do. The times and the names change, but so often the theological positions and behavioural traits remain the same.