What the serpent is saying to the churches 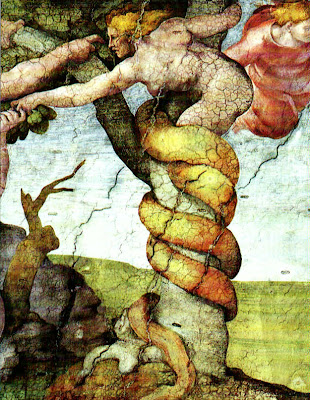 I've been meaning for some time now to write an article with the title "What the serpent is saying to the churches." The article will contain reflections on Paul's use of Genesis 3 in 2 Corinthians 11, a brief biblical theology of the relationship between false prophets and teachers and the activity of Satan, and some applications of this underemphasized theme for churches and pastors.

In that regard I came across the following relevant quotation in O. Palmer Robertson's The Christ of the Prophets:

But immediately upon man's creation in innocency, the serpent introduced the first lie that contradicted the truth of God (Gen. 3:1, 4-5). From that point on, the voice of the speaking serpent resonated in the utterances of the false prophets.

If the intent of Satan is to oppose the purposes of God with respect to the redemption of his people, then it is understandable that he would seek to misrepresent the truth in a way that would contradict the revelation given through the Lord's prophets.

By this method he would strike at the root of the means by which God had determined to direct the faith and life of his people. (p. 92)

Posted by Martin Downes at 4:59 PM