The Westminster Standards and the NCT view of the Law 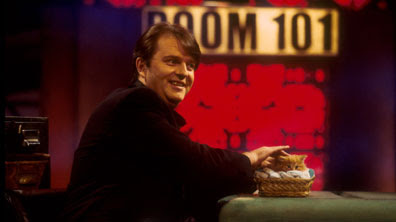 One of the intriguing aspects of last week's Affinity conference was the way in which the Westminster Standards were the foil for the New Covenant Theology view of the role of the law in the Christian life.

Permit me to declare my interest here. I am a member of the Affinity theological team and therefore had a hand in the planning of the conference. I am glad the conference exists, glad of the quality of contributions given by the speakers, deeply appreciative of the fellowship in the gospel that the conference provides, and quite aware of the limitations that a mere 48 hours of conference gives you on such an important cluster of subjects.

Let me begin by saying something about the misdirected accusation heard at the conference that the Standards underplay the relationship of Christ and the Spirit to the law as a "rule of life" in Christian obedience. The upshot of this is that the Westminster Standards do not sufficiently safeguard believers from legalism and self-reliance in obeying God's commandments.

This accusation was in a pre-conference paper and not merely something said in the heat of the moment. As the papers are able to be revised by the speakers [and as I am only interested in the point being made here, and not the personalities involved] there is nothing to be gained [and I'm not sure it is even appropriate] by quoting from that particular paper.

The Westminster Confession, in chapter 9 (Of Free Will) tells us that God frees us from our natural bondage under sin, and by his grace alone enables us to freely will and to do that which is spiritually good (9:4). This point is reiterated in the following chapter (Of Effectual Calling, 10:1). The power and motivation to holiness is understood to be by virtue of regeneration, union with Christ and the work of the Spirit in chapter 13:1, 3 (Of Sanctification).

The Westminster Standards present the view that the ability to do good works comes not from ourselves but the Spirit of Christ, and in addition to the graces already received, the actual influence of the same Holy Spirit is needed to work in believers to will and to do of his good pleasure (16:3, Of Good Works). The proof texts (a form of theological short-hand) for WCF 16:3 include Ezekiel 36:26-27, that glorious new covenant promise of the indwelling Holy Spirit. Without him there can be no ability to do good works.

The summary of this position can be found in the Larger Catechism's teaching on sanctification (which was helpfully read out during one of the plenary sessions):

Q. 75. What is sanctification?

A. Sanctification is a work of God's grace, whereby they whom God hath, before the foundation of the world, chosen to be holy, are in time, through the powerful operation of his Spirit applying the death and resurrection of Christ unto them, renewed in their whole man after the image of God; having the seeds of repentance unto life, and all other saving graces, put into their hearts, and those graces so stirred up, increased, and strengthened, as that they more and more die unto sin, and rise unto newness of life.

I was left with the impression that the teaching of the Westminster Standards was not well understood. I didn't think that they were fairly represented. And although such misrepresentation makes the NCT view seem more Christ-centred and Spirit-focussed, the reality is quite different.

Nothing is gained by setting out an alternative, allegedly superior, view to the Westminster Standards when the description of the Westminster position offered by NCT proponents is either vague or deficient. We are free to reject it, but no one is helped when it is unfairly represented. Perhaps this is a straw in the wind concerning evangelical historical awareness. It is important that those who hold the NCT view properly converse with the Westminster view and not a caricature of it.

Which leads me to a second point. Who cares what the Westminster view is anyway? I heard that too at the conference (although not from the platform). People who make that comment want their own views to be heard, but they are quite prepared to be dismissive not only of a document with historic pedigree, but also one that has achieved the respect, consent and agreement of Bible believing, gospel preaching, churches across the centuries and in our own day across the globe. That contrast does have a bearing on the matter.
Posted by Martin Downes at 11:21 AM

Email ThisBlogThis!Share to TwitterShare to FacebookShare to Pinterest
Labels: Conferences

Will the conference papers and MP3 files be made available online, do you know ?

It would be a boon.

Not sure. I don't think that they will work without a prior reading of the papers. If the collection is published it may work having the conference CD with it...or maybe not.

I agree. Though I do think Presbyterians run too easily to the Confessions when a palpable hit is scored against them, and that can be frustrating, yet the Confessions themselves do need to be judged fairly, not sloppily.