An angry prophet and a compassionate God (1) 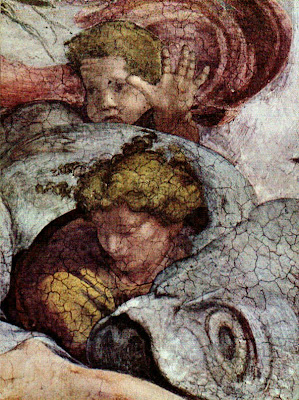 Tomorrow morning I will be preaching on Jonah 4. I was struck by Hugh Martin's comment on Jonah's behaviour and state of heart.

Martin says these are "amazing instances of what the corruption of a believer may attain to, in its opposition to the will and work of God."

Even so he says of Jonah, that:

He made God his counsellor; honestly and unreservedly he unbosomed himself to God; his whole case and his whole heart he laid open, even as they were, to Him...Even those sinful emotions over which he had not yet obtained the mastery, he explains before the Lord.

Jonah is out of sync with the Lord:

As Richard Sibbes once wrote "there is more mercy in Christ than sin in us." And that is something that every minister needs to remember last thing on a Saturday night and first thing on a Sunday morning.
Posted by Martin Downes at 10:51 PM