Heresy as "wilfulness in doctrine" 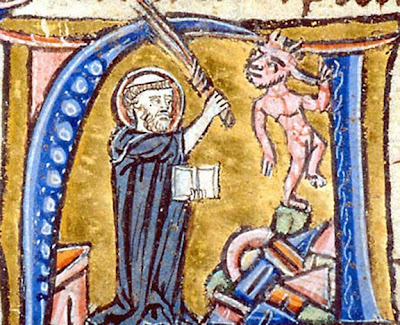 In a time deeply marked by "concession," at all events, it is worth our while to remember on the one hand that "concession" is the high road to "heresy," and that "heresy" is "willfulness in doctrine"; and on the other, that God has revealed his truth to us to be held, confessed, and defended, and that, after all, he is able to defend and give due force to the whole circle of revealed truth.

And surely it is worth our while to recognize the most outstanding fact in the conflicts of our age-this, namely, that the line of demarcation between the right-thinking and the wilfully-thinking lies just here-whether a declaration of God is esteemed as authoritative over against all the conjectural explanations of phenomena by men, or whether, on the contrary, it is upon the conjectural explanations of phenomena by men that we take our stand as over against the declaration of God.

We are "orthodox" when we account God's declaration in his Word superior in point of authority to them, their interpreter, and their corrector.

We are "heretical" when we make them superior in point of authority to God's Word, its interpreter, and its corrector.

By this test we may each of us try our inmost thought and see where we stand-on God's side or on the world's.

Posted by Martin Downes at 8:26 AM

Email ThisBlogThis!Share to TwitterShare to FacebookShare to Pinterest
Labels: Confessionalism, Tinkering with Scripture