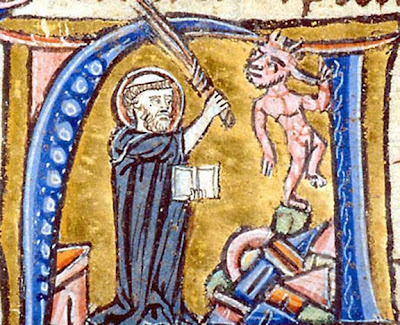 What do you associate that word with? Torches and pitchforks? Burning someone at the stake? The incessant barking of theological watchdogs? “Health and wealth” preachers? Unbelieving bishops who deny the gospel but stay on the payroll of the church?

Michael Horton helpfully defines it as “any teaching that directly contradicts the clear and direct witness of the Scriptures on a point of salvific importance.” Heresy is the kind of doctrinal error that is so serious that it redefines the gospel. Error is always costly. It dishonours God and damages the Church. But not all errors are heresies. A heretic is not someone who fails to explain adequately the doctrine of the Trinity, or that Jesus is both fully God and fully man, the nature of the atonement, or justification by faith alone. No, a heretic denies these truths and is fundamentally unsubmissive to apostolic doctrine and authority as it is given in Scripture.

Heresy is not a matter of opinion. We have an objective standard when we want to find out which theological view is correct or orthodox (meaning “right belief”), as Paul shows in 1 Corinthians 15, and which ones are wrong . In the end the fight against heresy is always won by the clear, patient, and thorough exposition of Scripture. Perversely, successful heretics themselves often claim to be truly orthodox and biblical.

Heresy is, however, a matter of choice. It is the choice to believe a different gospel. Augustine said that heretics are men “who were altogether broken off and alienated in matters relating to the actual faith.”

A heretic chooses to tell lies about the God of the Bible because he doesn't want to tell the truth. And a heretic is someone who refuses admonition and is divisive (Titus 3:10-11). Putting it mathematically, heretics take away from the truth of the gospel (and adding to the truth always takes away from it), they divide true churches and aim to multiply new disciples.

There is more need to fear and beware of the Enemy when he creeps up secretly, when he beguiles us by a show of peace and steals forward by those hidden approaches which have earned him the name of the 'Serpent'...He invented heresies and schisms so as to undermine the faith, to corrupt the truth, to sunder our unity. Those whom he failed to keep in the blindness of their old ways he beguiles, and leads them up a new road of illusion.

Or as the late Jaroslav Pelikan put it “renouncing the devil means denouncing heresy.”

Furthermore, it is vitally important to understand that heresy is the takeover of Christianity by an alien worldview. Paul warned the Colossians about “plausible arguments” and those who were trying to take them captive by “philosophy and empty deceit according to human tradition,” (Col. 2:4, 8). Heretics often use the words of the Bible, change their meaning, and hide false ideas under them. The label may still say “Christ,” “salvation,” or “atonement” but the meaning of these words have been radically altered. The early church fathers were alert to this danger. They wrote books to expose the fact that heretics were really saying the same thing as pagan philosophers, only the heretics were dressing up these ideas in Christian language. This deceitfulness makes heresy morally as well as doctrinally wrong.

Posted by Martin Downes at 3:15 PM

Thanks for your helpful articles. It is curious to note the development of the word, 'heresy'. In the NT, it has more to do with a 'sect' or 'group.' However, it is negative in 1 Cor 11.19 and Gal 5.20. It is used once as an adjective - stirring up division - but the meaning in 2 Peter 2.1 'destructive heresies' seems to have won the day.