Grace plus a little bit of works is no longer grace 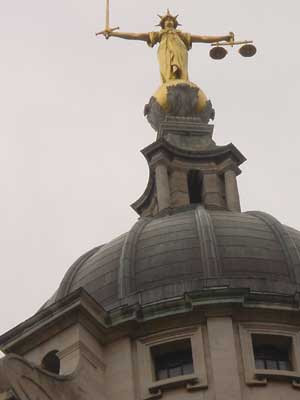 The answer, lies within.

Here is Luther on Galatians 2:7:

It seems such a little thing to mix the law and the Gospel, faith and works; but this does more mischief than human reason can conceive, for it not only blemishes and obscures the knowledge of grace, but it also takes away Christ, with all his benefits, and utterly overshadows the Gospel.

The cause of this great evil is our flesh, which, being immersed in sins, sees no way of getting out except by works and therefore wants to live in the righteousness of the law and rely on its own actions. Therefore, it is utterly ignorant of the doctrine of faith and grace, without which it is impossible for the conscience to find rest and quietness.

Posted by Martin Downes at 3:06 PM

Why would we put faith in the place of Christ? Why would we assume that we are all expected to loll around in the lap of grace, with no response of love or gratitude or following Jesus' commands? Why would we ever want to say that grace doesn't call us to do anything in this world, when Jesus spends most of His time calling us to just that?

Certainly, there is grace and mercy up to the last second of life, and certainly someone can be saved in such an emergency way. But for a Christian to talk as though Christianity means saying yes and then sitting on one's butt, like the eldest son who said he'd do his father's bidding and then didn't....

Do you love Me? Feed my sheep.

Why would you think that an affirmation of justification by faith alone is a denial of regeneration and sanctification?

It isn't, so what has your comment got to do with the quote from Luther? Luther is probing the cause of denying justification by faith alone because of the itching desire that we have to justify ourselves before God by some contribution of ours. Like George Whitefield said, we are born under a covenant of works and in our hearts we always desire to return there.

You are the one who's saying that. You're saying people are supposed to have "obedience" imputed to them, for example. But when you "obey", you're _doing_ something. So obviously, Jesus wants us to do something. He is giving us the power to do it; but nevertheless, it is we who must do that thing. If we don't do it, we are disobedient.

OTOH, if faith is a response of the human toward God, it is itself a work. Which is why faith can be counted as righteousness, not as a innate characteristic like brown eyes.

Certainly God gives us faith, but then, God gives us arms and legs and brains and impulses to do nice things, too. So yeah, I'm thinking this whole "faith alone" thing is saying either that you do have to do something, and therefore "faith alone" is actually a sort of works salvation; or that faith is a puppet string, and we are saved by being automatons.

The only way out of this is to admit that faith and works and baptism and all the other Gospel ideas are all necessary to salvation (or at least "really really important, so don't skip 'em" to salvation). Unless we really want to hear Jesus telling us all those nice things about weeping and gnashing and stuff we didn't do for the least of His brothers and therefore for Him.

Which is as it should be, as if God wanted to save people without any participation on their part of even the tiniest sort, He wouldn't have bothered to have His Son incarnate and get killed and rise again. Much easier just to decree "You're all saved!" and leave it at that.

You must acknowledge that there is participation by at least one true man in salvation, or your hope is pretty void. :) But clearly, everyone is participating in some way (even if through saying no), and in fact, this is how God wanted things to work. We were created by Him to love and serve Him, not to be puppets.

So... sorry you think that St. Paul was crazy when he said he was suffering right along with Christ's crucifixion, but God does graciously allow us to help out. And even to work out our own salvation with fear and trembling, in a totally non-Pelagian way.

Read the Luther quote. What is Luther affirming and what is he denying? The OP was subject specific (are we justified before God on the basis of our works or Christ's work).

Nothing in the original post or my subsequent comment warrant your inferences. You seem to be assuming that affirming justification by faith alone is at the same time a denial of regeneration or sanctification.