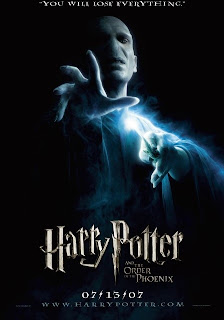 In Thomas Hardy's The Mayor of Casterbridge (tragically I began reading this in 1992 and finished it in 2010) Elizabeth is reprimanded for her use of dialect words.

In time "she no longer spoke of 'dumbledores' but of 'humble bees' ... when she had not slept she did not quaintly tell the servants next morning that she had been 'hagrid', but that she had 'suffered from indigestion'" (Chapter XX, p. 200 in the Penguin Classics edition).

I'm not the first person to spot the names subsequently made famous by J.K. Rowling.

As an undergraduate I believed that I had some original thoughts about the Trinity only to discover that much deeper thinkers, namely Richard of St. Victor in the thirteenth century and Augustine in the fifth century, had already meditated on the same matters.

True originality is the preserve of a limited number of heretics.  But upon closer examination one can usually find evidence of borrowing from philosophical sources.  Most of the heresies of today are a rehash of bad old ideas that you can find in the archives of Church history.

Curiously Thomas Hardy has a line or two about open theism in his poem "God's education" (published in 1909).  God is the speaker in the final stanza:


He mused.  "The thought is new to me.
Forsooth, though I men's master be,
Theirs is the teaching mind."

Posted by Martin Downes at 3:07 PM

There is an unproven assumption here that Open Theism is a heresy. The case against it is never established in your Blog entry. I agree totally that heresy is damaging, but I just don't put Open Theism into that camp.

Open Theists totally affirm the Omniscience of God. What they disagree with some Christians on is the nature of the future God knows. They believe that the future is partially open to the free choices of People and Angelic Powers.

If I say that God doesn't know the colour of my daughters hair - I am not limiting God's knowledge - because I don't have a daughter. In other words God doesn't know it because it is unknowable.

If he doesn't know the answers to those questions how could he get the naming of Cyrus right far in advance (as per Isa.44:28)? or the naming of Josiah, and his actions (1 Kings 13:2) hundreds of years in advance?

Surely these things fall into the category of "unknowables"?

As the Puritan Stephen Charnock put it "What is more contingent, or is more the effect of the liberty of man's will, then the names of children?"

Open theists redefine omniscience and then affirm their redefinition. Pinnock and Rice are both clear that they had to re-think prescience and not just the nature of the future and what is knowable about it.

I would have thought Isaiah 41:4 (and many other similar verses in Scripture) settles this:
'Who has performed and done this,
calling the generations from the beginning? I, the Lord, the first,
and with the last; I am he.'

Open Theism believe that God's general will is to respect the free will of His creatures. However, there is nothing excluding the possibility that upon occasion He can force things eg make someone choose a particular name. There is nothing in the passage that says that God causes all people to give their children names of His selection.

Also are you sure so much that God knowing something in advance, versus something He said that He would cause to bring about. You yourself do it all the time. For instance, you say, I will hop in my car and drive to work later this morning. Were you prophesising? No you we indicated your plans. In your case though your plans can be interrupted or prevented. In God's case, who is going to stop Him?

In this view then a lot of the future is left to the free will choices of His creatures but not all. For instance the second coming of Christ. Again, a statement of God's plan.

I'm not trying to 'convert' you to my way of thinking. It is just that I am concerned that something is being labelled as a heresy unfairly and incorrectly. Christians traditionally have different views on Baptism, Church Governance etc - we accept difference in those areas because they don't attack the core of the faith. I think that Open Theism is one of those non-core things.

I have watched the movie of this one, I think this is really a great on. I am not a fan of any books. but I rather have it as a movie. Well, I think this issue about theism doesn't have anything to do with Christian.