If Abraham had been a Socinian: Foreknowledge, trustworthiness and the sins of the Amorites 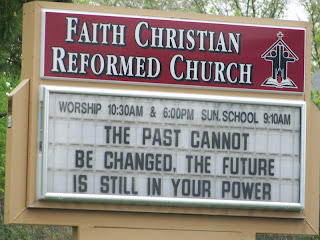 Those who have chosen to deny God's exhaustive foreknowledge, whether in the seventeenth or twenty first centuries, have always been met with able defenders of the Biblical doctrine.

Here is an extract from the Puritan Stephen Charnock's discourse on God's knowledge.  Archaic language aside, his foot on the head of this snake remains as forceful as it was in the days when it was thought acceptable for men to have big gold buckles on their shoes.


His truth hath depended on his foresight.

Let us consider that in Gen. 15:16, but 'the fourth generation, they shall come hither again;' that, the posterity of Abraham shall come into Canaan; 'for the iniquity of the Amorites is not yet full.'

God makes a promise to Abraham of giving his posterity the land of Canaan, not presently, but in the fourth generation.  If the truth of God be infallible in the performance of his promise, his understanding is as infallible in the foresight of the Amorites' sin: the fulness of their iniquity was to precede the Israelites' possession.

Did the truth of God depend upon an uncertainty? Did he make the promise hand over head, as we say?

How could he with any wisdom and truth assure Israel of the possession of the land in the fourth generation, if he had not been sure that the Amorites would fill up the measure of their iniquities by that time?

If Abraham had been a Socinian, to deny God's knowledge of the free acts of men, had he not a fine excuse for unbelief?

What would his reply have been to God?

Alas, Lord, this is not a promise to be relied upon; the Amorites iniquity depends on the acts of their free will, and such thou canst have no knowledge of.  Thou canst see no more than a likelihood of their iniquity being full, and therefore there is but a likelihood of they performing thy promise, and not a certainty.

Would not this be judged not only a saucy, but a blashemous answer?

And upon these principles the truth of the most faithful God had been dashed to uncertainty and a peradventure.

Posted by Martin Downes at 5:10 PM

What exact location of this Land today? Is it the Israel?
I still know that this land is protected by him, I am hearing a lot of things about this.

"Alas, Lord, this is not a promise to be relied upon; the Amorites iniquity depends on the acts of their free will, and such thou canst have no knowledge of. Thou canst see no more than a likelihood of their iniquity being full, and therefore there is but a likelihood of they performing thy promise, and not a certainty."

That's just silly. I can forsee the iniquity of the Americans being full, after gay marriage is finally legalized in all 50 states somehow. I don't need exhaustive foreknowledge to see it either. Nor does freewill provide any possibility of escape because we are not talking about individuals but a nation. Sure some individuals will repent here and there, but there's no way it will be enough to turn the country around. I can see that with regular old open future knowledge.