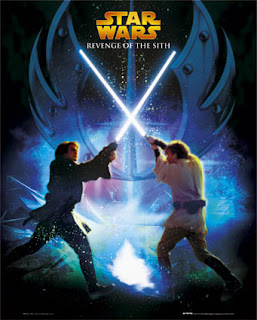 Open theists affirm that God is omniscient.  This is not the kind of omniscience that the Christian Church has always confessed (exhaustive omniscience) but a claim that God knows all that it is possible to know.  The future, unknowable even to God, is not a part of what may be known. Confessing God to be ignorant of the future is thereby not seen to be an imperfection in God.

This affirmation is about as convincing as buying a cheap Rolex at a car boot sale.  The word 'Rolex' isn't enough to inspire confidence that the time piece is the genuine article.  Open theists redefine omniscience and then affirm the redefinition.  But if you look closely you can see how the magic trick works.

The following quotations from the late Clark Pinnock are taken from his chapter “From Augustine to Arminius: A Pilgrimage in Theology.” He frames his journey, throughout that chapter, in the language of being freed from Calvinist logic. In his new found emancipation he was now able to listen to what the Bible was saying.


Finally I had to rethink the divine omniscience and reluctantly ask whether we ought to think of it as an exhaustive foreknowledge of everything that will ever happen, as even most Arminians do.


In the earlier part of this discussion we noticed the considerable difficulties encountered by those who seek to reconcile the concept of absolute divine foreknowledge with an affirmation of creaturely freedom. Now we can identify the basic cause of these problems. They arise from the attempt to combine contradictory elements from different views of God, specifically from the attempt to incorporate elements of the Calvinist view of God with the Arminian model.

Compare the position adopted by Pinnock and Rice with the description of the Socinian denial of God's exhaustive foreknowledge found in William Cunningham's Historical Theology Volume 2 (1862).

Posted by Martin Downes at 5:16 PM

Your logic is weak old man.

Does God know what a 4-sided triangle looks like? Does God know how many hairs are on Santa's head? These too are outside of the realm of the knowable because neither exist yet you do not consider them a challenge to God's omniscience.

The force isn't strong with you.

You examples do not involve the future free decisions of creatures in actual existence, which of course is what the discussion is actually about.

If you want to discuss things that are on topic then feel free, but using examples that aren't relevant to this discussion is really pointless.

If the future is truly "outside of the realm of the knowable," then one has to wonder just how God was able to inspire prophets to foretell it.

The logic here is not that strong and can be said as only fiction even involving god in the fiction god knows all and only man changes what he expect to happen we cannot consider this to Gods Omniscience.

Why should the future be exhaustively foreknowable? The idea is absurd. If it was so, there would have been no point in creating the world. That doesn't mean, of course, that certain big events can't be foretold (or caused to happen) but it means that every tiny nitpicky choice of every human being cannot be known. Do you really believe that God knew from 'eternity past' (whatever that is) at what time you would take a dump or pick your nose all throughout your life? Why would he even want to know that?