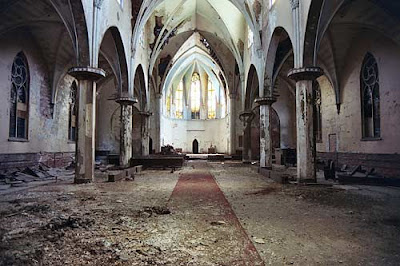 What kind of church is most vulnerable to embracing theological errors?

Presumably one where there has not been an expository ministry, where believers have been poorly taught, and where there has been little emphasis on the importance of sound doctrine.

However, that, in itself, is an incomplete and insufficient answer.

Of course it is true that such churches are vulnerable to all sorts of errors, especially if they are made up of believers who are young in terms of their Christian maturity (as Paul explains in Ephesians 4:14). And, it goes without saying, that churches are strengthened and safeguarded by ministries focused upon teaching sound doctrine from the Word of God.

But how do you account for the swift and serious incursion of error into the very churches that had been planted through the gospel preaching ministry of the apostle Paul?

The stark reality is that we cannot account for the gospel desertion of the Galatian churches by appealing to the poor quality of the teaching they had received.

Neither can we isolate the cause of this trouble to the relative neglect of certain fundamental truths on Paul's part. Which is to say that the "unpaid debts" theory of the take up and spread of error is not comprehensive enough to adequately account for the Galatian outbreak.

By the "unpaid debts" theory I mean the approach which says "if only someone had sat down with false teacher x, or misguided teacher y, if only someone had done a better job teaching them, or relating to them, then they never would have ended up in error in the way that they have done." Now, of course, in some cases this may hold true. But not in all. There were no deficiencies in the matter and method of Paul's teaching. Neither does he wring his hands in the letter over his past failures relationally or didactically.

Even churches established on the solid foundation of sound teaching are vulnerable to the influences of false teachers. We ought not to think that the rightness of our structures, our employment of the right means, in itself, is a sufficient safeguard against the influx of errors.

The problem is not in our gospel, nor necessarily in our teachers, but in ourselves. Review Paul's appeal in Galatians 3:1:

O foolish Galatians! Who has bewitched you? It was before your eyes that Jesus Christ was publicly portrayed as crucified.

There is an internal problem, our capacity to be deceived, our suppressed craving for having our egos stroked (more on this again, but note Gal. 4:16-17), and an external one, namely the presence among the churches of the gospel distorting smooth talking false teachers.

And, astonishingly, as Paul says in Galatians 1:6, the tide of error came into the churches much more swiftly than we typically imagine that it would have done. This was not the gradual errosion of the gospel over a generation or two, but an altogether more rapid advance of soul destroying error.

In a short span of time the Galatian churches were turning away to a different gospel. Do we imagine that the advance of error into gospel churches today will be slow, gradual, and almost imperceptible? The letter to the Galatians demands that we think again, and take heed.
Posted by Martin Downes at 3:51 PM