As the serpent deceived Eve 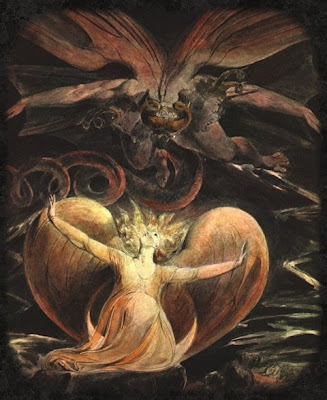 "I am afraid that as the serpent deceived Eve by his cunning,
your thoughts will be led astray from a sincere and pure devotion to Christ."
(2 Corinthians 11:3)
From J. C. Ryle

"Now this 'subtility,' St. Paul tells us, is precisely what we have to fear in false doctrine. We are not to expect it to approach our minds in the garment of error, but in the form of truth...The wolf would seldom get into the fold if he did not enter it in sheep's clothing."

"Such is the simplicity and innocence of many Churchmen in this day, that they actually expect false doctrine to look false, and will not understand that the very essence of its mischieviousness, as a rule, is its resemblance to God's truth...He goes into the church, expecting in his simplicity to hear nothing but heresy from the beginning to the end. To his amazement he hears a clever, eloquent sermon, containing a vast amount of truth, and only a few homeopathic drops of error."

"What discerning eye can fail to see that many Churchmen expect unsound teachers to be open vendors of poison, and cannot realise that they often appear as 'angels of light,' and are far too wise to be saying all they think, and showing their whole hand and mind. But so it is. Never was it so needful to remember the words, 'The serpent beguiled Eve by his subtilty.'"