At the Year's End (2): Words of encouragement and hope 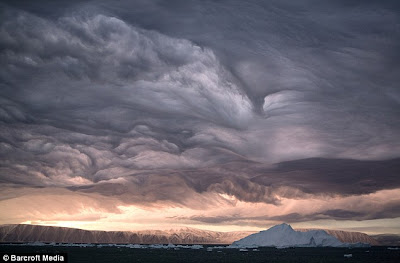 Here are some of the quotations that have brought encouragement to me personally and in my ministry in 2008.

The accent in them falls heavily on comfort and hope in the midst of trials and sorrows. They are all brilliant, but the second one from John Owen is the key quotation. It provides the pastoral prescription of how and where to find true comfort.

You will never find Jesus so precious as when the world is one vast howling wilderness. Then He is like a rose blooming in the midst of the desolation,--a rock rising above the storm.

And in a letter to Lady Kenmure (on the death of her infant daughter, January 15th, 1629):

Ye have lost a child: nay she is not lost to you who is found to Christ. She is not sent away, but only sent before, like unto a star, which going out of our sight doth not die...but shineth in another hemisphere. Ye see her not, yet she doth shine in another country.

If her glass was but a short hour, what she wanteth of time that she hath gotten of eternity...Build your nest upon no tree here; for ye see that God hath sold the whole forest to death; and every tree whereupon we would rest is ready to be cut down, to the end that we may fly and mount up, and build upon the Rock, and dwell in the holes of the Rock.

And the following gem is also from Rutherford:

Grace tried is better than grace, and it is more than grace; it is glory in its infancy

Our beholding by faith things which are not seen, things spiritual and eternal, will alleviate all our afflictions,--make their burden light, and preserve our souls from fainting under them. Of these things the glory of Christ..is the principal, and in a due sense comprehensive of them all. For we behold the glory of God himself "in the face of Jesus Christ."

He that can at all times retreat unto the contemplation of this glory, will be carried above the perplexing prevailing sense of any of these evils, of a confluence of them all.

It is a woful kind of life, when men scramble for poor perishing reliefs in their distresses. This is the universal remedy and cure,--the only balsam for all our diseases. Whatever presseth, urgeth, perplexeth, if we can but retreat in our minds unto a view of this glory, and a due consideration of our own interest therein, comfort and supportment will be administered to us.

From the preface to the reader, "Meditations and Discourses on The Glory of Christ," in The Works of John Owen Volume 1, p. 278

Calvin on salvation in Christ:

When we see salvation whole,
its every single part
is found in Christ,
And so we must beware
lest we derive the smallest drop
from somewhere else.

For if we seek salvation, the very name of Jesus
teaches us that he possesses it.

If other Spirit-given gifts are sought--
in his anointing they are found;
strength--in his reign;
and purity--in his conception;
and tenderness--expressed in his nativity,
in which in all respects like us he was,
that he might learn to feel our pain:

Redemption when we seek it, is in his passion found;
acquittal--in his condemnation lies;
and freedom from the curse--in his cross is given.

If satisfaction for our sins we seek--we'll find it in his sacrifice;
and cleansing in his blood.
If reconciliation now we need, for this he entered Hades.
To overcome our sins we need to know that in his tomb they're laid.
Then newness of our life--his resurrection brings
and immortality as well comes also with that gift.

And if we also long to find
inheritance in heaven's reign,
his entry there secures it now
with our protection, safety, too, and blessings that abound
--all flowing from his royal throne.

The sum of all is this:
For those who seek
this treasure-trove of blessing of all kinds
in no one else can they be found
than him,
for all are given
in Christ alone.

And finally, Louis Berkhof on Christ as our High Priest:

Posted by Martin Downes at 9:33 PM