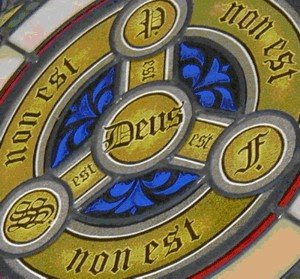 A brief extract on "The ever broadening boundaries of evangelicalism":

In his new book, The Courage to be Protestant, David points to the increasing doctrinal minimalism of evangelicalism. Where once a raft of doctrines were assumed, now evangelicalism is defined almost by institutions and ethos rather than by theological confession.

If it is taught at a seminary calling itself evangelical, for example, or published by a press which has evangelical roots, then it is within the range of evangelical thought, even if it involves a low view of scripture, rejection of penal substitution, or even a question mark over the Trinity.

Further, Mark, in his book, Is the Reformation Over?, points out that many evangelicals, perhaps most, now reject justification by grace through faith as understood by the Reformers, a doctrine which has historically been one of the distinguishing hallmarks of evangelical Protestantism.

Strange times, indeed, when even the basics can no longer be assumed; but we must acknowledge that we stand at a point in history where the purview of evangelical thought is not determined by historic Christianity but is rather a function of the breadth of the beliefs of the faculty who serve at evangelical seminaries, the commissioning editors who work for evangelical presses, and the ministers who fill evangelical pulpits.

And this on "Confession and accountability":

So what is the significance of these recent events? As Academic Dean and as Vice President for Academic Affairs, I believe this lies above all in two specific areas.

First, it is now clear that Westminster is to be committed to a doctrine of scripture that reflects what is taught in the great confessions of the Reformation, and which has nurtured the confessional evangelical church for centuries. As evangelicalism in general broadens out, as it loses its connection with its confessional Reformation past, as it becomes increasingly vacuous at a doctrinal level, the leaders at Westminster have decided that that is not the path this institution will go down.

We will not accept that the Reformation creedal heritage is no longer relevant; we will not accede to the indefinite broadening of evangelicalism’s doctrinal horizons; nor will we subscribe to the modifications of the doctrine of scripture which are such a necessary part of that broadening. Rather, we will stand where we have always stood, on the great solas of the Reformation: Christ, scripture, grace, faith, and, above all, God’s glory. We are not, and will not be, a seminary which repudiates the great catholic legacy of the Reformation and of subsequent confessional evangelicalism.

Second, it has been made clear that Westminster professors are to be held accountable to more than just the canons of their chosen academic guild or the current trends of thinking in their various subdisciplines or even their friends and colleagues on Faculty. Accountability in times of crisis, of course, is always a painful experience.

There is a human cost on all sides which press releases, theological statements, and minutes of meetings rarely, if ever, convey. While theology is indeed a great hobby, it is too often a nightmare of a profession. Yet those who teach must be held accountable for their teaching, however hard that may be; and, for too long at Westminster, too little attention has been paid to what we as Faculty teach while too much, perhaps, has been paid to what others outside of our church constituencies think of us.
Posted by Martin Downes at 3:49 PM