Blogs I love to read 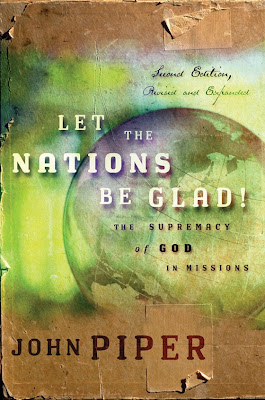 This isn't an exhaustive list by any means, nor one that places blogs in a pecking order. I love to read blogs by those who have gone overseas to serve the Lord.

Alan Davey who blogs at Les Davey De France. Alan was my predecessor in the Church here in Deeside. Three years ago this week he and his lovely family moved to Bordeaux where they serve as UFM missionaries. You can read his prayer letter here.

Andy Shuddall who blogs at Kiwi Chronicles. Andy and his family moved from the UK to New Zealand three years ago to serve in student ministry with TSCF. Andy is a former colleague from student ministry days in the UK and I rejoice at the grace of God in his life. Do pray for him as he is currently recovering from a brain injury.

Ben Carswell who blogs at From the Ends of the Earth. Ben also now serves in New Zealand with TSCF, before that I was his boss in student ministry with UCCF Wales. Ben and Jen will soon be celebrating their first wedding anniversary. Do pray for him as he is involved in campus outreach.
Posted by Martin Downes at 11:13 AM

You know, I always used to think that Lloyd-Jones was surely overstating it when he said he wouldn't cross the road to hear himself preach.

I tell you straight, my blog isn't worth the mouse-click that takes you there. C'est n'importe quoi !

But you're very kind.

That'd be great if Sam Folta of the OP had a blog. The May 2008 New Horizon had an article by him regarding missions. Strong stuff there.

Name's inwoo by the way. I like reading your blog, especially the interviews.

Like all good bosses, you were (& are) more friend than boss. I'm not sure that's what the HR people would say, but it certainly was true for me. Thanks for the kind words & link - blogs serve different purposes & I enjoy reading yours too!

Hope you had a great weekend at Sarah's wedding & that things at the church are doing well.