The Perennial Danger for the Church: Reflections on Heresy, Culture and the Gospel 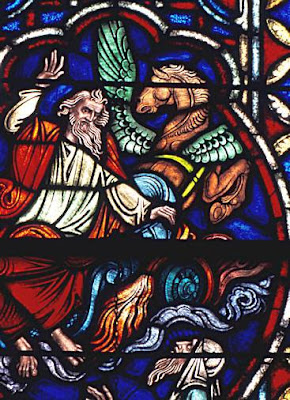 The entrapment of the gospel by the culture is not a relatively new phenomena in the history of the church. It is much older than the capitulation of confessional churches that went on during the Enlightenment. In one form or another it has been a perennial problem.

When the church faces the pressure of open, external persecution it is something like the unsubtle attack made in The War of the Worlds. There is the direct contrast of the world and the church, and the active destruction of the church by physical attack. But the church also faces an internal pressure that is often hidden. This is the pressure of theological compromise. The attack upon the church from within, by heretics who reconfigure and redefine the faith, is like The Invasion of the Body-Snatchers.

This point was made by Tertullian, “Heresies, at the present time, will no less rend the church by their perversion of doctrine, than will Antichrist persecute her at that day by the cruelty of his attacks, except that persecution makes martyrs, (but) heresy only apostates.”1 Heresy is the takeover of the gospel by an alien world-view. A foreign element subverts, regulates, and determines a new shape to Christian belief. But this does not happen openly, it happens under the guise of orthodoxy. As G. P. Fisher put it:

When Christianity is brought into contact with modes of thought and tenets originating elsewhere, either of two effects may follow. It may assimilate them, discarding whatever is at variance with the gospel, or the tables may be turned and the foreign elements may prevail. In the latter case there ensues a perversion of Christianity, an amalgamation with it of ideas discordant with its nature. The product then is a heresy. But to fill out the conception, it seems necessary that error should be aggressive and should give rise to an effort to build up a party, and thus to divide the Church. In the Apostles' use of the term, “heresy” contains a factious element.2

Another example from the Corinthian church is the preaching of the super apostles. Paul makes it quite clear that although their vocabulary was orthodox, after all they spoke of Jesus, the gospel, and the Spirit, the content of those words had been radically changed. Paul writes “For if someone comes and proclaims another Jesus than the one we proclaimed, or if you receive a different spirit from the one you received, or if you accept a different gospel from the one you accepted, you put up with it readily enough” (2 Corinthians 1:4). The signs remained (Jesus, Spirit, gospel) but the things signified were not the same as in the apostolic gospel.

Irenaeus, in his monumental work Against Heresies, warned about the danger of being “carried off” by false teachers because “their language resembles ours while their sentiments are very different.”3 And Tertullian, again, attributes this subversion of Christian doctrine to the influence of pagan philosophy, “The same subject-matter is discussed over and over again by the heretics and the philosophers; the same arguments are involved.” 4

Furthermore we find the same connection between heresy and pagan philosophy being made by Hippolytus of Rome:

For from philosophers the heresiarchs deriving starting-points, (and) like cobblers patching together, according to their own particular interpretation, the blunders of the ancients, have advanced them as novelties to those that are capable of being deceived.5

It now seems to us that the tenets of both all the Greeks and barbarians have been sufficiently explained by us, and that nothing has remained unrefuted either of the points about which philosophy has been busied, or of the allegations advanced by the heretics. And from these very explanations the condemnation of the heretics is obvious, for having either purloined their doctrines, or derived contributions to them from some of those tenets elaborately worked out by the Greeks, and for having advanced (these opinions) as if they originated from God.6

From Paul's warning about being taken captive by “philosophy and empty deceit” (Colossians 2:8), through Tertullian's argument that “heresies are themselves instigated by philosophy,”7and the words of Hippolytus, it is fair to say that Christianity has had a desperately uneasy relationship with philosophy.

Doubtless it is the case that the language of the ecumenical creeds is indebted to language borrowed from Greek culture. For the sake of clarity and precision this was done. However, that is far different from the approach that took concepts derived from pagan philosophy and dressed them up in biblical language. Philosophy terminology has been made into a servant in expressing biblical doctrines, but it has always become a tyrannical master when it has intruded upon the content of Christian faith.8 Leithart has made some valuable observations on this point:

...it would be a distortion to say that classical theism is Hellenism in Christian garb...The simple fact that the Church fathers formulated the doctrine of the Trinity shows that Greek philosophy did not function as a straight-jacket that theologians were unable to escape. If Greek philosophy had exercised veto power, we would be Arians.9

When the presuppositions of the culture control the embodiment of the gospel the decision has already been made to reconfigure what the gospel really means. This is the perennial danger for the church.

8This is perhaps particularly misunderstood in the Post-Reformation period. For the distinction of “scholasticism” as a method and not a way of determining theological content see Richard A. Muller, Post-Reformation Reformed Dogmatics: vol. 1, Prolegomena to Theology, (Grand Rapids: Baker, 2003), pp. 34-7.

Email ThisBlogThis!Share to TwitterShare to FacebookShare to Pinterest
Labels: Book extract, Invasion of the body snatchers