The beloved Son cursed for sinners 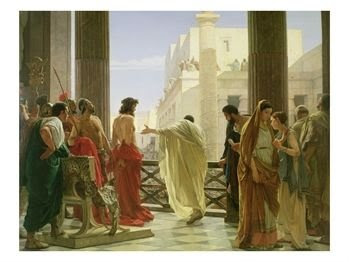 You sometimes hear the accusation that there is a version of penal substitution around today that is somewhat extreme. The implication being that this is an ultra-conservative departure from a more historic understanding of substitutionary atonement. John Knox would have raised his eyebrows at such a notion.

That our Lord Jesus offered himself a voluntary sacrifice unto his Father for us, that he suffered contradiction of sinners, that he was wounded and plagued for our transgressions, that he, the clean innocent Lamb of God, was condemned in the presence of an earthly judge, that we should be absolved before the judgment seat of our God; that he suffered not only the cruel death of the cross, which was accursed by the sentence of God; but also that he suffered for a season the wrath of his Father which sinners had deserved. But yet we avow that he remained the only, well beloved, and blessed Son of his Father even in the midst of his anguish and torment which he suffered in body and soul to make full atonement for the sins of his people. From this we confess and avow that there remains no other sacrifice for sin; if any affirm so, we do not hesitate to say that they are blasphemers against Christ's death and the everlasting atonement thereby purchased for us.

Posted by Martin Downes at 5:59 AM

Email ThisBlogThis!Share to TwitterShare to FacebookShare to Pinterest
Labels: Confessionalism, Enemies of the Cross

It seems to me that the version of PSA that is articulated in this wonderful quote is thoroughly biblical. I see the involvement of the Son in the decision to go to the cross as vital to an explanation of PSA.

Would John Knox have been happy to accept an explanation of PSA which didn't articulate the Son's involvement in the decision?