The Revenge of the Socinians 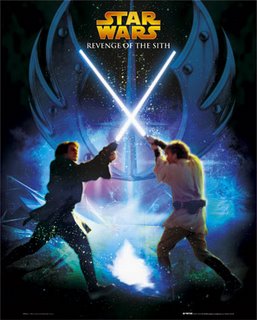 Another re-run for the holiday season...

Medicine and theology have a lot in common. Just think of Paul's description of “sound words” and “sound doctrine”, sound in the sense of being healthy. Then there is false teaching. This can spread like “gangrene”. There are some forms of false teaching that recur throughout history. After an outbreak you would think that certain theological diseases have been eradicated from the life of the church. They appear to be consigned to the pages of theological tomes, case histories filed away in the archives. But some errors seem to come back again and again.

History names one such error as Socinianism. Does the name mean anything to you? The first time that I saw the word I thought nothing of it. My first introduction to Socinianism was through Jim Packer's naming of it, alongside Arminianism and Romanism, as an error opposed by John Owen. But after a while I started to wonder about this long forgotten movement. Who exactly were these Socinians? And what did they believe? You may think that it is just another one of those Latin names for medieval theological diseases. Of interest to archivists and researchers, but not for non-historians, and of no relevance in the 21st century.

But you would be wrong. Thomas Carlyle, the Scottish essayist who died in 1881, referred to the “dusthole of extinct Socinianism”. It would have been more accurate if he had called it dormant Socinianism. Socinianism was the old enemy of the Reformation churches, its distinctives remain opposed and hostile to contemporary evangelicals who remain in line with their Protestant past.


Faustus Socinus was born in Sienna, Italy, in 1539 and died in 1604 in Poland. His enduring legacy was the Racovian Catechism, first published in 1605.


And though Faustus Socinus be dead he yet speaketh. He casts a dark shadow over evangelicalism in the Western world and is far more influential than you might imagine. Shall I tell you briefly what he denied? God's exhaustive foreknowledge, penal substitutionary atonement, eternal conscious torment in Hell, original sin and depravity, the doctrine of the Trinity and the deity of Jesus Christ. Put it like that and you realise that he is one of the most influential theological figures in the evangelical world today. Views on the Godhead apart, he would be able to find a place under the broad umbrella of contemporary evangelicalism.


Faustus Socinus was an open theist centuries before Clark Pinnock and Greg Boyd. The best response to this theological aberration is not the recent excellent work of Bruce Ware, John Frame or John Piper, but the writings of the greatest theologian the British Isles has ever known, John Owen. His response to this heresy, Vindiciae Evangelicae (The Mystery of the Gospel Vindicated and Socinianism Examined, vol. 12 of the Banner of Truth edition) was even commissioned by the English Parliament.

Accustomed as we have become to “evangelical” denials of penal substitution, you must realise that anything that we have read in recent years pales into comparison with Socinus' De Jesu Christo Servatore (On Jesus Christ the Saviour). This work is the definitive assault on the doctrine of penal substitution. It is available in Latin and Dutch. Providentially there has never been an English translation. There is no comparison between this work and that of contemporary detractors to the doctrine. Once more it was John Owen whose magisterial labours dealt a withering blow to this error. Owen's Dissertation on Divine Justice deals with the necessity of God's punishing of sin (as opposed to his voluntary punishing of it). Owen had the Socinians in his cross-hairs, and also dealt with the unhelpful logical consequences of Samuel Rutherford's and William Twisse's views on the atonement.

So if a fresh coat of paint has been given to some old heresies in our generation (and by those from within our camp) is that because Socinus' writings are being reprinted and read by evangelicals? I very much doubt it. The Racovian Catechism is hard to come by. Suggest that open theists are in fact closet Socinians and they react with horror, understandably given the anti-trinitarian tag that comes with it. One would normally measure influential figures by their books and preaching. Well Socinus is clearly not influential in that sense. He is not personally influential. He is not directly influential. But the ideas that he espoused are like leaven, spreading and growing in the evangelical loaf. Why is that?

There is nothing new under the sun. We are reading and wrestling with the same biblical text as previous generations. There are cultural factors, not to mention blindspots, that are different. But in essence the main theological options and interpretative moves remain constant. The big question is why is this happening again now?

penal substituarionary atonement makes God look stupid, arbitrary, and demonic (demanding blood, sacrifice of a firstborn, really, why not just worship Moloch?) Socinianism frees Christianity from this. The moronic Calvinist idea that God doesn't really sit on a throne, doesn't have hands, and therefore Stephan could not really have seen Jesus sitting at the right hand of God leads to atheism: Socinianism says its not heresy to take these descriptions literally, and so allows for faith to actually exist.