Against Salvation by Words 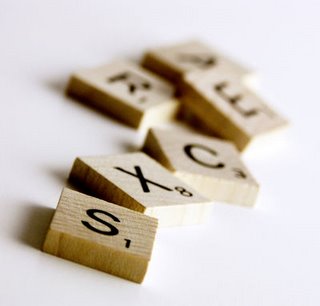 Is right doctrine an indispensible aspect of saving faith or not?

From time to time the knowledge of orthodox doctrine for salvation is criticised along the lines of "we are not justified by knowing about justification," or "we are not saved by right ideas." We are saved by Christ not doctrine. And stated like that who could disagree?

But this is a criticism that should not get a free pass. It is not the trump card that it is alleged to be.

2. By a rightly "interpreted Christ" I mean that the Christ of the Bible and the apostles' proclamation is never separated for faith from what God has said about him (his person and his work).

3. Take away God's interpretation of Christ from our experience of him and you are left with either a mystical Christ, of whom we know nothing and whose name serves merely as a religious word, or a false Christ (and there are many in history who have fitted this description).

Detach right ideas from Christ and his work and you are left either with nothing, or with a false Christ. There is no uninterpreted Christ. We need God's explanation of him in order for us to call on him. And isn't that Paul's point in Romans 10?

Bavinck put it this way:

"Scripture does not give us data to interpret; it is itself the interpretation of reality, the shaper of a distinctive worldview."

Martin, your insight consistently astounds me. Such a great point and very timely for me personally. Thank you.

I'm glad if stuff on here is helpful

Just recently I was told, "Jesus is not impressed with our theology." There's really no good answer to that, but doctrine and theology are indeed important. It's not a choice of one or the other. My blogging partner, Keith has a recent post entitled "Which Jesus?" that deals with this a little as well.

I had a look at your blog and noticed the article by Keith. I will read it when I have a little more time.

The danger with theology is when it is reduced to right information only. I can know that God is Triune but knowing that isn't enough, and it isn't impressive. But when I hold that knowledge in a way that exalts and glorifies God, can someone really say that God doesn't care about that?

Just think how in Mark's gospel one of the three statements from Jesus that goes "I have come to..." is where he says that he has come to preach and teach.

"who do people say that I am?"
He does care what we think, and when Peter thought right/spoke right of Him Jesus immediately called him blessed. Funny how "revelation" always produces right doctrine.