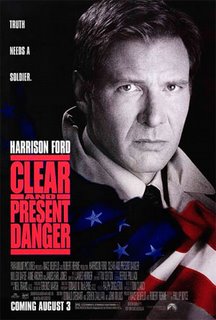 The following was published in the August/September 2006 edition of the Banner of Truth magazine.

There is a book in my study that is the spiritual equivalent of arsenic or cyanide. If it was in liquid form it would be in a bottle with an orange hazard label. It is the most dangerous book that I own. It is so dangerous that in 1618 it was publically burned by order of the English Parliament. It is called the Racovian Catechism. It contains teaching and reasoned arguments that contradict the gospel. It specifically denies and attacks the deity of Jesus Christ, his atoning death, and the doctrine of the Trinity. And a copy of it sits on my bookshelf in the church where I pastor. Can it do people any harm? No. Unless of course someone reads it, is persuaded by its arguments, and then seeks to convince others to accept them.


What were they teaching?

It has long been my firm conviction, that the only effective refutation of error is the establishment of truth. Truth is one, error is multiform; and truth, once firmly established, overthrows all the errors that either have been, or may yet be, opposed to it. He who exposes and expels an error, does well; but it will only return in another form, unless the truth has been so lodged in the heart as to shut it out for ever. (Doctrine of Justification, p. 15).


Errors are specific. Timothy has to deal with specific distortions, denials and differences in doctrine that we will probably not be dealing with in an identical way today. That said, there are some generic features of the false teaching found here that every age has to deal with. Paul refers to these errors as “different” doctrine. Different from what? From the apostolic gospel, from “the faith”, from the “sound words of the Lord Jesus Christ and the teaching that accords with godliness” (6:3). So this teaching is different in its nature, content, and effects, to the apostolic gospel. Like the Galatians they were being presented with a different gospel (Gal. 1:6).


This choice of different doctrine, this heretical imperative, involved two things. It denied the true gospel and promoted a different one. It was of sufficient seriousness to change the content of saving Christian truth and to overturn the unity and peace of the church.


All errors are not equal. Every error in doctrine leads to undesirable pastoral consequences because we will then think, live and worship in a distorted way. The last two hundred years give ample evidence of this concerning the doctrine of sanctification. Well meaning Christians have tried to live holy lives based on ideas that are not biblical (Higher Life, “let Go and let God”, and various forms of perfectionism). Here are errors that call for correction and clear teaching. These ideas were at times promoted by preachers who were unsaved. They were also promoted by preachers who were saved but badly mistaken. But Timothy here is called here to deal with errors that change the very nature and content of the gospel message.


i. There are errors connected with revelation.


It is clear that the Word is not sufficient for these teachers, they have turned away from it in preference for legends. There is rejection of the truth and error fills the gap that is left. As one man put it our response to revelation is either the “bowed head or turned back”.


They are ignorant about the relationship of the law and the gospel. They don't understand that the law's primary function is to expose sin and not to produce speculative legalists.

Perhaps errors in interpretation will be the kind of thing that we will be more familiar with. Is it true that at the micro level our exegesis is always 100% correct? No preacher would claim that. Paul has in mind here the macro level, the very structure of redemptive revelation. These enthusiatic teachers of the law are devoid of understanding (1:8), they don't know what they are talking about. The lawful use of the law is to expose sin. In this the law and the gospel agree. The Socinians held to sola scriptura but they were in gross error when it came to interpreting the Bible. The false teachers in Ephesus were guilty of both errors.


What is Paul's approach to it?

Paul's concern was not so much to describe the false teaching but to charge Timothy to stop the false teachers teaching it. His language shows his mind on it. Paul is scornful. The genealogies are endless! Gallons of ink has been spilt on working out what these heresies were. Paul is content with minimum reportage for either Timothy is very familiar with them or else his attention is being directed elsewhere. Titus received similar advise, these things were foolish, unprofitable and worthless (Titus 3:9).


The Directory of Public Worship has a striking comment, in the section on preaching, about dealing with false doctrine:


In confutation of false doctrines, he (the preacher) is neither to raise an old heresy from the grave, nor to mention a blasphemous opinion unnecessarily: but, if the people be in danger of an error, he is to confute it soundly, and endeavour to satisfy their judgements and consciences against all objections (p. 380).

Timothy's ministry is to be essentially positive. He is to ensure right doctrine and conduct in God's household (3:14-16), devoting himself to the public reading of Scripture, teaching and exhortation (4:13). He must deal with the clear and present danger that the people are in. But when they are not in danger why trouble them with things that are unprofitable? Buchanan, and the Directory, caution us to concentrate on the positive truths of the gospel.

What does it lead to?

Nothing good. Sound doctrine leads to sound living, the gospel promotes godliness. Ungodly behaviour is the natural outworking of doctrines that are not true. They promote speculations and vain discussion not love that issues in a pure heart, a good conscience and a sincere faith (1:5-6). Let go of faith and a good conscience and you will be shipwrecked like Hymenaeus and Alexander (1:19-20). Depart from the “faith” and you will end up with deceitful spirits and demonic doctrines, and the insincerity of liars with seared consciences whose moral teaching contradicts the Word of God (4:1-5).

What a ghastly portrait of those who believe this different teaching Paul paints at the close of the letter. “He is puffed up with conceit and understands nothing. He has an unhealthy craving for controversy and for quarrels about words, which produce envy, dissension, slander, evil suspicions, and constant friction among people who are depraved in mind and deprived of the truth” (6:4-5). Their teaching is shown to be false by its practical outcome. G. K. Chesterton wrote that “heresy always affects morality, if it's heretical enough”.


The end result interests Paul. It is speculation and dispute. The very content and nature of this teaching fails to promote what the apostolic gospel promotes. Shame on us when we tolerate sins and attitudes that we know are not consistent with the gospel. Calvin's letter to Laelio Socinus (the uncle of Faustus, the heretical genius behind the Racovian Catechism) is worth pondering:

I am very greatly grieved that the fine talents with which God has endowed you, should be so occupied not only with what is vain and fruitless, but that they should also be injured by pernicious figments...I should be cruel towards you did I treat with a show of indulgence what I believe to be a very dangerous error. I should prefer, accordingly, offending you a little at present by my severity, rather than allow you to indulge unchecked in the fascinating allurements of curiosity. (Letter 30, p. 129)


But Laelio's ears were deaf as well as itching.

Can we draw some conclusions?

1. Ministers must be polemical in their public teaching when they need to be, but not otherwise. In the course of expounding passages dealing with these matters, and when there is real threat. In their private study there is of course need to be aware of men and movements that are dangerous. This is not an appeal for ignorance or dropping our guard.

2. Congregations should be spared from hearing about the specific details of false teaching unless it is absolutely necessary. There are winds of doctrine in the evangelical world, but are they affecting us? Should we not concentrate on things that are? If false teaching is unprofitable and worthless what good can come from considering it? Should we not look at our own sins and situations and address those issues instead?


3. Concentrate on the positive upbuilding of the church. There is work enough here. The rest of 1 Timothy expands on this. Buchanan says that truth is one, more is gained by the positive exposition of the truth than by detailing the forms of error which are multiple. Don't waste time on matters that are not a threat to your situation. The time is short. Is that not how Nehemiah treated his opponents? Put good things before the church and have nothing to do with silly, irreverent myths (4:6-7).

4. Guard your heart and your ministry. As Francis Schaeffer once wrote, reflecting on the battle for the gospel in the 1930s, “be careful what habits you pick up in controversy”. Dr. Lloyd-Jones made the same point in his discussion with T. T. Shields. A polemical ministry is necessary, we must contend for the faith, but we must guard against a contentious spirit. Preoccupation with error is not good for the minister or the church. This is Paul's charge to Titus. The gospel of salvation is excellent for people, the root of faith promotes the fruit of good works. This is profitable. But these other teachings are unprofitable and useless. Avoid them, they thrive in an atmosphere of contention (Titus 3:9-11).

Posted by Martin Downes at 5:21 AM