The truth of hell should fill us with traumatic awe 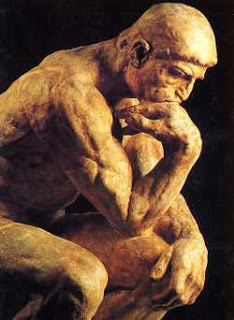 Twenty years ago the veteran evangelical theologian J. I. Packer gave an address on "Hell and Human Destiny" in Cardiff.  Packer set out the biblical teaching on hell and responded to the annihilationist teaching of John Stott as well as several other prominent evangelical Anglicans.  I heartily recommend that you listen to it.

One of the most helpful aspects of the address, given Rob Bell's explanation of the meaning of aionos, is that Packer discusses the meaning of the word at length and comments on its use in several NT texts.

One of the most frequently read posts on this blog is an article of mine published by the Evangelical Magazine, "Hell: Separation from God's Presence?"

A few years I interviewed Robert Peterson of Covenant Seminary, who has written so helpfully on the doctrine of hell.  Here is an extract from the interview:

Why has there been a willingness by some evangelicals in the last one hundred years or so to accept and embrace annihilationalism?

Though some annihilationists insist that the Bible alone has motivated their rejection of the historic doctrine, others admit that emotional considerations have played a part. Without judging the motives of individuals, my opinion is that the intellectual and emotional climate of our times has more to do with the move away from some historic doctrines, including that of hell, than many realize.

In an increasingly pluralistic culture, it is politically incorrect to hold that people who do not trust Christ as Lord and Savior, will suffer everlasting torment in body and soul. But that is exactly what the Bible teaches. (For a recent defense of exclusivism, the view that one must hear and believe the gospel of Christ in this life to be saved, see, C. W. Morgan and R. A. Peterson, Faith Comes by Hearing: A Response to Inclusivism (InterVarsity, 2008.)

Perhaps the candid response of one employee of an Evangelical publisher, when asked what she thought of a book featuring a debate between traditionalism and annihilationism, reflects the default mode of many: “I certainly hope that annihilationism is true!” It is not our place to hope that certain things are true with reference to the things of God. It is our place to humbly receive the Word that God has given. That means restraining our curiosity where the Word is silent. And that means believing and obeying God’s truth even if we don’t like it.

Two orthodox doctrines that became immediate targets for “liberated” human reason in the Enlightenment—original sin and eternal conscious punishment for the lost—are not my favorites. But the Word of God teaches them and so I am obligated to receive them as true and to live accordingly.

I am afraid that too many people today reach conclusions as to what they believe concerning the Christian faith on the basis of their feelings and desires rather than the teaching of Scripture. As J. I. Packer remarked some years ago, “If you want to see folk damned something is wrong with you!” Of course this is true, but Packer went on to say that some of God’s truth is hard and one such truth is the Bible’s teaching concerning eternal hell.

It seems to me that the hard words of D. A. Carson are correct: “Despite the sincerity of their motives, one wonders more than a little to what extent the growing popularity of various forms of annihilationism and conditional immortality are a reflection of this age of pluralism. It is getting harder and harder to be faithful to the ‘hard lines’ of Scripture” (The Gagging of God: Christianity Confronts Pluralism [Zondervan, 1996], 536.). But the Lord requires nothing less of us than, by his grace, to be faithful.


The words of Lesslie Newbigin are truer today than when he penned them in 1994: “It is one of the weaknesses of a great deal of contemporary Christianity that we do not speak of the last judgment and of the possibility of being finally lost” (“Confessing Christ in a Multi-Religion Society,” Scottish Bulletin of Evangelical Theology 12 [1994]: 130–31, quoted in Carson, The Gagging of God, 536).


Part of the blame should be placed at the feet of evangelical pastors, whom surveys show have been slow to teach and preach what the Bible says about hell. My study of hell in the mid-1990’s brought me to repentance because I was personally guilty of such neglect.


My experience has been that if we can bring hell to evangelicals’ minds and hearts, if we can move it from being a passive to an active doctrine, then they will begin to pray about their lost friends and loved ones as never before. That in turn motivates them to share the gospel as the Holy Spirit leads. And that produces fruit in terms of spiritual growth in the lives of the evangelists and salvation for some of those evangelized.

How should the doctrine of hell be preached?

It should be preached by pastors who have a deep sense of Christ’s redeeming them from hell (see Sinclair B. Ferguson, “Pastoral Theology: The Preacher and Hell,” in Hell under Fire, 219–37). Such pastors must prayerfully, lovingly, and faithfully share the message of Jesus, the Redeemer of the world, and his apostles that those who die in their sins will suffer “eternal punishment” (Matt. 25:46), even “the punishment of eternal destruction away from the presence of the Lord and from the glory of his might” (2 Thess. 1:9).

At times I have found it impossible not to weep as I speak of Christ suffering the pains of hell, of drinking the cup of God’s wrath for us, so that we do not have to do so. The Bible’s message of hell is a topic worthy of study, but in addition, it has to be something that moves us to action—to repentance, when we consider what our sins deserve; to prayer, out of compassion for the lost; to worship, when we consider what Christ endured to redeem us; and certainly, to witness, when we desire for others to know our great God and Savior.
Posted by Martin Downes at 3:39 PM

Thank you for sharing these resources. Some of my friends are flirting with "Christian Universalism" and finding resources to refute this has been difficult. I am praising the Lord for getting this garbage shouted from the rooftops through Rob Bell.

Glad you're holding the line, and grateful you're encouraging us to do the same. Cheers Martin

Now, I'm going to blow your mind with the truth of scripture. Matthew 25:41 41Then shall he say also unto them on the left hand, Depart from me, ye cursed, into everlasting fire, prepared for the devil and his angels:

Now, I suppose you have "filled in the blank" as to why Jesus states this to those on His left. But, have you even considered the factor in the equation that Jesus spoke that because those on His left in human flesh appearing ARE the devil and his angels?? See, that's something you missed.

Judas was a devil. As you turn to Jude, you see that the ungodly are called "wandering stars". As you read Job, you will see that it is angels who are called "stars". But these wandering stars left their first estate. So, you see also in Jude 1:4 that they were before of old ordained to this condemnation of being men who deny the Lord. They "all end up" on the left of Jesus on Judgment Day in human flesh appearing. Without exception, all who are on the left on Judgment Day are the population of hell who came up out of hell to be born as men in human flesh appearing. That is the sum total of all on the left of Jesus on Judgment Day. (You can also read Isaiah 14 and see that Satan himself is cast into the lowest pits of hell in human flesh with worms covering him as his punishment as he is reduced to being... a man.)

God is Infinitely Wise - and just. The punishment of the devil and his angels is that they would become men and be covered with worms sealed in hell in human flesh for the 1000 years. (No one else is "in hell" with them.) God is also Infinitely Merciful at the same time. Because, becoming men is also their salvation on the Last Day when Jesus returns.

It's not wise to think one knows God's eternal whole counsel -- without having been personally to both hell and Heaven and having received real revelation in full revelation.

It's not wise to think one has God "all figured out".

Jesus entered hell on the First Day sent by God to ransom the devil and his angels out of hell -- in a plan to make them men -- so that Jesus would die in their place and pay the ransom for their sin.

If you'd ever seen Jesus face to face in full revelation in Heaven -- if JI Packer had before his death -- you'd both know that. (He would have shown you creation and given you full revelation of His whole counsel... by grace and Sovereign power.)

Just THINK of how God answered Job out of a whirlwind when Job spoke wrongly of God...

It's not good to think one can speak for Him when one hasn't seen Him face to face nor been shown the answers to these questions... personally in living power of revelation of God's Whole Counsel.