He will shepherd us to glory 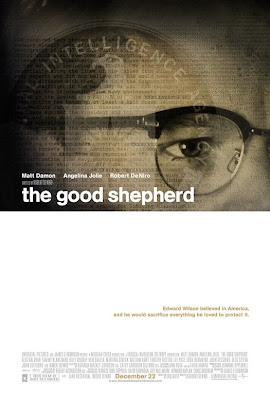 The grace of God in Jesus Christ is simply astonishing. Such is his grace that the Father sent the Son to redeem his people. The Son came from the depths of eternity that he might live, die, and rise again to save his people from their sins.

By his Word and Spirit they are drawn to him, believe on and into him, are received by him, will be kept by him, and on the last day will be raised by him to everlasting resurrection life.

These truths are beautifully expressed in Heidelberg Catechism 54:

What do you believe concerning the “holy catholic Church?”

That out of the whole human race, from the beginning to the end of the world, the Son of God, by His Spirit and Word, gathers, defends, and preserves for Himself unto everlasting life a chosen communion in the unity of the true faith; and that I am and forever shall remain a living member of this communion

How amazing to think that through all the trials of this life, shielded by God's power through faith, the Son of God is shepherding his people to glory. Where would we be if he were not defending and preserving us, watching over and guarding us, and at his Father's right hand continually interceding for us?

This is what the Father sent him to do, this is why he laid down his life, this is the way that he expresses his obedience to his Father's will. He will shepherd us to glory.

Upon this great truth you and I may rest our confidence, for it can never give way, and from this truth we may perpetually draw our comfort, and we will find its strength giving power will never fail.

Even if we may at times find ourselves hanging on by our fingernails, we should remember that "They, whom God has accepted in His Beloved, effectually called, and sanctified by His Spirit, can neither totally nor finally fall away from the state of grace, but shall certainly persevere therein to the end, and be eternally saved" (WCF 17:I).

Something of the wonder and glory of this was so helpfully put into words by Louis Berkhof:

Perhaps this is a dimension of Christ's priestly work that we think of too little. And yet to know that he loves us so much and cares for us so well is simply beyond comprehension, and words seem so inadequate to express our thankfulness for such a great Saviour.

The Belgic Confession, Article 26, captures something of the wonder of the Christian heart as it contemplates the intercession of Christ:

We believe that we have no access to God except through the one and only Mediator and Intercessor: Jesus Christ the Righteous.

He therefore was made man, uniting together the divine and human natures, so that we human beings might have access to the divine Majesty. Otherwise we would have no access.

But this Mediator, whom the Father has appointed between himself and us, ought not terrify us by his greatness, so that we have to look for another one, according to our fancy. For neither in heaven nor among the creatures on earth is there anyone who loves us more than Jesus Christ does.

Posted by Martin Downes at 9:36 AM

Email ThisBlogThis!Share to TwitterShare to FacebookShare to Pinterest
Labels: Pastoralia, The person of Christ, The work of Christ