No Alarms and No Surprises 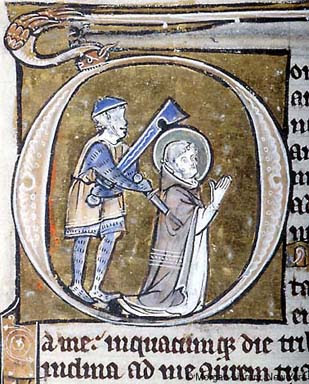 There are no surprises when it comes to the existence of heresy. What can take us by surprise is the subtlety of its seductive, deceptive power. It is amazing that someone can be in error but oblivious to it. But then again isn't that what it is like when you are deceived? You end up taking as truth what is, in fact, lies.

Here are two quotes from Tertullian to ponder:

"The character of the times in which we live is such as to call forth from us even this admonition, that we ought not to be astonished at the heresies (which abound) neither ought their existence to surprise us, for it was foretold that they should come to pass; nor the fact that they subvert the faith of some, for their final cause is, by affording a trial to faith, to give it also the opportunity of being "approved." Groundless, therefore, and inconsiderate is the offense of the many who are scandalized by the very fact that heresies prevail to such a degree".

"But let us rather be mindful of the sayings of the Lord, and of the letters of the apostles; for they have both told us beforehand that there shall be heresies, and have given us, in anticipation, warnings to avoid them; and inasmuch as we are not alarmed because they exist, so we ought not to wonder that they are capable of doing that, on account of which they must be shunned.

The Lord teaches us that many "ravening wolves shall come in sheep's clothing." Now, what are these sheep's clothing's, but the external surface of the Christian profession? Who are the ravening wolves but those deceitful senses and spirits which are lurking within to waste the flock of Christ? Who are the false prophets but deceptive predictors of the future? Who are the false apostles but the preachers of a spurious gospel? Who also are the Antichrists, both now and evermore, but the men who rebel against Christ?

Heresies, at the present time, will no less rend the church by their perversion of doctrine, than will Antichrist persecute her at that day by the cruelty of his attacks, except that persecution makes even martyrs, (but) heresy only apostates. And therefore "heresies must needs be in order that they which are approved might be made manifest, both those who remained steadfast under persecution, and those who did not wander out of their way into heresy".

Posted by Martin Downes at 8:14 PM