On "What Lies Beneath" 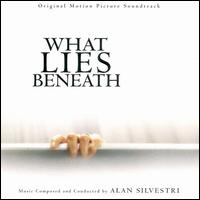 Heresy is not open unbelief but unbelief hidden under the guise of orthodoxy.

It is the passing off of errors that have originated elsewhere under the form, and at times authority, of biblical truth. That is why it is so deceptive, and why it successfully makes inroads among churches.

The following short extract from Augustine, and the lengthy one from Vincent of Lerins illustrate this point. Vincent's Commonitorium is not a work that I am citing with unqualified approval. But his point in the chapter that I am quoting from (about heresy hiding beneath orthodox words, and happily using the Bible to promote itself) I am in full agreement with.

"For if we think carefully about the meaning of Christ, we shall see that among some of the heretics who wish to be called Christians, the name of Christ is held in honour, but the reality itself is not among them."

Here, possibly, some one may ask, do heretics also appeal to Scripture ? They do indeed, and with a vengeance; for you may see them scamper through every single book of Holy Scripture,--through the books of Moses, the books of Kings, the Psalms, the Epistles, the Gospels, the Prophets.

Whether among their own people, or among strangers, in private or in public, in speaking or in writing, at convivial meetings, or in the streets, hardly ever do they bring forward anything of their own which they do not endeavour to shelter under words of Scripture. Read the works of Paul of Samosata, of Priscillian, of Eunomius, of Jovinian, and the rest of those pests, and you will see an infinite heap of instances, hardly a single page, which does not bristle with plausible quotations from the New Testament or the Old.

But the more secretly they conceal themselves under shelter of the Divine Law, so much the more are they to be feared and guarded against. For they know that the evil stench of their doctrine will hardly find acceptance with anyone if it be exhaled pure and simple. They sprinkle it over, therefore, with the perfume of heavenly language, in order that one who would be ready to despise human error, may hesitate to condemn divine words.

They do, in fact, what nurses do when they would prepare some bitter draught for children; they smear the edge of the cup all round with honey, that the unsuspecting child, having first tasted the sweet, may have no fear of the bitter. So too do these act, who disguise poisonous herbs and noxious juices under the names of medicines, so that no one almost, when he reads the label, suspects the poison.

Posted by Martin Downes at 8:50 AM

Email ThisBlogThis!Share to TwitterShare to FacebookShare to Pinterest
Labels: What lies beneath