Is it Living Heresy or Dead Unorthodoxy? 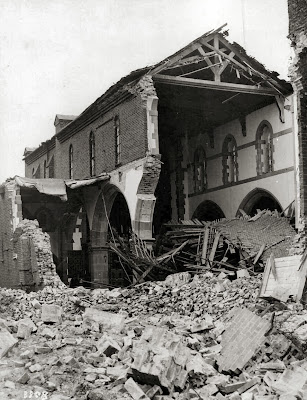 The following is from today's Washington Post. Rev. John Yates and Os Guinness give their reasons for leaving the episcopal church. The full article can be found here:

"First, Episcopal revisionism abandons the fidelity of faith. The Hebrew scriptures link matters of truth to a relationship with God. They speak of apostasy as adultery -- a form of betrayal as treacherous as a husband cheating on his wife.

Second, Episcopal revisionism negates the authority of faith. The "sola scriptura" ("by the scriptures alone") doctrine of the Reformation church has been abandoned for the "sola cultura" (by the culture alone) way of the modern church. No longer under authority, the Episcopal Church today is either its own authority or finds its authority in the shifting winds of intellectual and social fashion -- which is to say it has no authority.

Third, Episcopal revisionism severs the continuity of faith. Cutting itself off from the universal faith that spans the centuries and the continents, it becomes culturally captive to one culture and one time. While professing tolerance and inclusiveness, certain Episcopal attitudes toward fellow believers around the world, who make up a majority of the Anglican family, have been arrogant and even racist.

Fourth, Episcopal revisionism destroys the credibility of faith. There is so little that is distinctively Christian left in the theology of some Episcopal leaders, such as the former bishop of Newark, that a skeptic can say, as Oscar Wilde said to a cleric of his time, "I not only follow you, I precede you." It is no accident that orthodox churches are growing and that almost all the great converts to the Christian faith in the past century, such as G.K. Chesterton and C.S. Lewis, have been attracted to full-blooded orthodoxy, not to revisionism. The prospect for the Episcopal Church, already evident in many dioceses, is inevitable withering and decline.

Fifth, Episcopal revisionism obliterates the very identity of faith. When the great truths of the Bible and the creeds are abandoned and there is no limit to what can be believed in their place, then the point is reached when there is little identifiably Christian in Episcopal revisionism. Would that Episcopal leaders showed the same zeal for their faith that they do for their property. If the present decline continues, all that will remain of a once strong church will be empty buildings, kept going by the finances, though not the faith, of the fathers.

Which sums up my reasons for leaving the Church of England, which is slowly following where the ECUSA leads. It amazes me that there are men who go the other way. But perhaps it is because they are not themselves orthodox.

Unfair, I think. There are men AND women who go go into the Church of England for excellent, gospel oriented God honouring reasons. What we need is support from those outside the CofE, not attack.

Perhaps, having been in and seceded, I was a little harsh on those who join. However, since I saw a necessity to leave, you will perhaps pardon me for finding it difficult to see, not why men might stay in (that I understand) but why they might join from an ORTHODOX dissenting background.