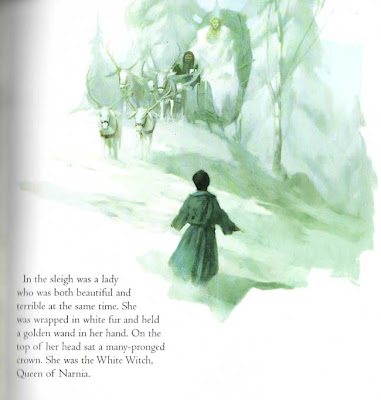 Why would anyone embrace heresy?

You would think that someone would have to be out of their right mind to believe heresy. Who, after all, wants to believe something that isn't true? But, to quote Lucifer in Milton's Paradise Lost, the anthem of heresy is that “it is better to reign in hell than serve in heaven.” Every heresy appeals to our sinful wishes and desires, the “way that we want things to be” and not the way that God has provided in the gospel, “which is infinitely better for us” as Bishop Allison put it. Consider all the major heresies and you will find that they appeal, directly or indirectly, to our sinful reason, affections and will. Heresy appears to be beneficial, posing as good news and proclaiming Jesus (2 Cor. 11:4), but in reality like gangrene it destroys spiritual life (2 Tim. 2:17).

Heresy always presents itself as an improvement on the biblical gospel. For the Colossians it promised to overcome their struggle with sin and bring them closer to God. For the Galatians it would keep them from persecution and fuel their desire to justify themselves before God by their works.

Heresy never appears in its true colours. In his monumental work Against Heresies Irenaeus wrote that “error, indeed, is never set forth in its naked deformity, lest, being thus exposed, it should at once be detected. But it is craftily decked out in an attractive dress, so as, by its outward form, to make it appear to the inexperienced (ridiculous as the expression may seem) more true than the truth itself.”

What are the effects of heresy?

Heresy brings confusion for unbelievers since they hear several different and contradictory voices all claiming to be telling them the authentic good news.

Heresy also brings trouble for the Church. Unless false teachers are silenced, as Paul tells Titus that they should be, they will ruin households and upset the faith of some (Titus 1:11). Genuine believers can be unsettled by the teaching of these men (2 Tim. 2:18). In addition to this damage, false teachers also drain the time, energy, and resources of churches when they are not dealt with. Drawn out conflicts with false teachers can divert and distract gospel churches from evangelism and the planting and nurturing of new congregations.

Heresy places those who embrace it, and refuse to be corrected, in danger of eternal condemnation. At the very least the salvation of those who are deceived by gospel denying error cannot be affirmed. There is hope that God may grant such people repentance. But the apostles did not shrink back from spelling out the danger of turning to a “different gospel.” Paul makes it clear that whether the “false brothers,” an angel from heaven, or even the apostles themselves preached another gospel than the one that Paul had preached then they should be accursed (Gal. 1:6-9).

Harold Brown summed up the consequences of truth and error by saying that “just as there are doctrines that are true, and that can bring salvation, there are those that are false, so false that they can spell eternal damnation for those who have the misfortune to be entrapped by them.”

Why do heresies persist?

Church history tells the story of the battle between truth and error. Heresies arise, gain a following, are opposed and refuted from Scripture, and then the Church moves on and advances in the truth. Because of this we have great statements like the Nicene Creed and the Definition of Chalcedon. But if these errors have been dealt with in the past why do they come back again and again? Why do people today believe old heresies? There are three reasons.

1. The devil still deceives people into believing heresies by using human instruments to promote attractive and plausible teaching. He will continue to do this until Christ returns in glory.

2. The warnings and lessons from history are ignored or unknown. If we are ignorant of the past we will fail to see that heresies that today appear new, innovative and interesting are as old as dirt. Many of the errors finding a home in evangelicalism today were tried and found wanting by our great-great-grandfathers in the faith at the bar of Scripture.

3. Throughout history those who deny the truth and choose a different gospel are limited in the options available to them. In his study of heresies Harold Brown concluded that “over and over again, in widely separated cultures, in different centuries, the same basic misunderstandings and misinterpretations of the person and work of Christ and his message reappear. The persistence of the same stimulus, so to speak, repeatedly produces the same or similar reactions.”

Posted by Martin Downes at 3:22 PM

How do heresies arise? Or more specifically, why in this generation are we seeing such problem over the doctrine of justification by grace alone through faith alone in our own Reformed churches? Even more to the point, how has our preaching for the last fifty years been deficient, such that it has allowed heresies to spring up?

You would think that someone would have to be out of their right mind to believe heresy. Who, after all, wants to believe something that isn't true?

I'm fairly sure that if somebody holds a belief, be it "orthodox" or "heretical," then they believe that this viewpoint is true.

For sure, but their believing it to be orthodox doesn't make it orthodox.

"Heresy is any teaching that directly contradicts the clear and direct witness of the Scriptures on a point of salvific importance" by Michael Horton.

(1) There's usually wide differences of opinion as to what constitutes "salvific importance".

(2) Sola Scriptura. Which I affirm. Does the Authority of Scripture clearly express which doctrines or beliefs are of "salvific importance"?

(3) If one assumes a doctrinal taxonomy, which my 1st question implies will not be uniform from theologian to theologian, then isn't it entirely possible that aberrant teaching on a 2nd-order doctrine, while not technically heresy since it's not a doctrine of "salvific importance", can and often times more than not lead down the slippery slope to a heresy of the first order? In other words, why can't the leaven from a violated 2nd-order doctrine be termed a heresy too since it occasionally leads to a first-order doctrinal heresy?

Say for example the inerrancy of Scripture. Chicago Statement of Biblical Inerrancy states that the doctrine of inerrancy does not save a person. So denying inerrancy is not heresy since it's not of salvific importance. But denying inerrancy can lead to heresy, can it not?

Do you know what I mean?

Actually, denying inerrancy *is* heresy, but does *not* necessarily *damn* the heretic. That is not all heresies are damnable. But inerrancy is still heresy.

However, sola fide requires an *explicit* affirmation that Scripture alone is source AND interpreter of dogma, i.e. salvific truth. Rome's heretical notion of Scripture as divine revelation and Tradition as teacher is damnable. Rome has elevated heretical doctrines as de fide. By this Rome has damned itself.