Biblical Christianity: Does ANY false teaching EVER die? 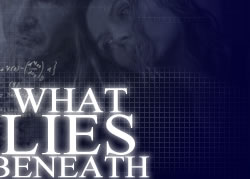 Dan Phillips of Pyromaniacs poses the question on his blog. Here's the link:
Biblical Christianity: Does ANY false teaching EVER die?.


The general answer must be no for several reasons:


1. There are a limited number of logical options in theology after orthodoxy has been rejected.

2. False teachings that wish to pass themselves off as Christian generally distort the biblical text and react against it.

3. As Harold Brown has noted heresy is remarkably stable across different cultures and centuries, and even under the influence of different philosophies precisely because "The persistence of the same stimulus, so to speak, repeatedly produces the same or similar reactions".

But these heresies have been refuted before. Many of them were buried in their day under the weight of the greatest writings in the history ofn the church. Why was that? Were the orthodox responses inadequate?

Heresy is never a matter of the intellect alone, but of the heart, the whole orientation of life.

Posted by Martin Downes at 7:35 AM