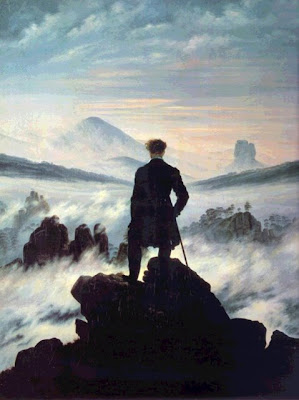 God has called his children, this side of heaven, to live by faith and not by sight, to live looking for a city with enduring foundations, and to live by his promises and not by exhaustive explanations.


In the case of the Christian, belief in God's providence is not a tenet of natural theology to which saving faith is later mechanically added.  Instead, it is saving faith that for the first time prompts us to believe wholeheartedly in God's providence in the world, to see its significance, and to experience its consoling power...the Christian has witnessed God's special providence at work in the cross of Christ and experienced it in the forgiving and regenerating grace of God, which has come to one's own heart.


And from the vantage point of this new and certain experience in one's own life, the Christian believer now surveys the whole of existence and the entire world and discovers in all things, not chance or fate, but the leading of God's fatherly hand.


Special revelation is distinct from general revelation, and a saving faith in the person of Christ is different from a general belief in God's government in the world.  It is above all by faith in Christ that believers are enabled -- in spite of the riddles that perplex them -- to cling to the conviction that the God who rules the world is the same loving and compassionate Father who in Christ forgave them all their sins, accepted them as his children, and will bequeath to them eternal blessedness.


In that case faith in God's providence is no illusion, but secure and certain; it rests on the revelation of God in Christ and carries within it the conviction that nature is subordinate and serviceable to grace, and the world [is likewise subject] to the kingdom of God.

Email ThisBlogThis!Share to TwitterShare to FacebookShare to Pinterest
Labels: Pastoralia, The Doctrine of God