Heresies and the interpretation of Scripture: Socinus and substitutionary atonement 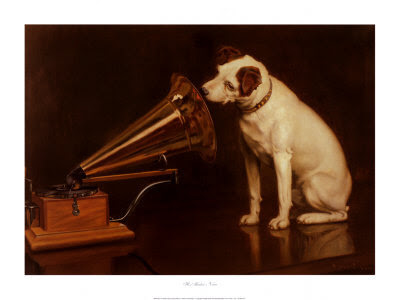 "When it is said that Christ died for our sins,
it means that He bore their punishment."
George Smeaton
If we are to think clearly about heresies we must come to terms with that fact that although some movements explicitly place a rival locus of authority alongside or above Scripture (e.g. Tradition, The Book of Mormon, reason, mystical experiences and revelations) many heresies simply involve the incorrect handling of Scripture.

In doing so these rival authorities may well arbitrate on what Scripture can and cannot teach.  The interpretation of Scripture is thereby harmonized with Tradition (written or unwritten), reason, the teaching of The Book of Mormon, or with new revelations from God.

Rather than arising from a true interpretation of Scripture, many heresies impose upon the text of Scripture artificial and unwarranted explanations.  At times this problem is exacerbated by the presence of translations that exclude historic orthodox doctrines on dogmatic grounds (e.g. the New World Translation used by Jehovah's Witnesses).

This kind of sleight of hand by translators is, however, a minority report in the story of heresies.  It is far more common for the words of Scripture to be given novel interpretations that radically diverge from their actual meaning.

This use of sound words to support unsound ideas is not an exclusively post-canonical phenomenon.  One encounters this semantic confusion in 2 Timothy 2:17-18 where Hymenaeus and Alexander believe, teach and confess the doctrine of the resurrection, but not the same resurrection that the Apostle Paul believes, teaches and confesses.  The same holds true in the Johannine letters where faith in the real Christ (God incarnate, man divine) is insisted upon by John, and where the false Christs, who retain the right title but not the reality, are exposed and rejected.

The stable nature of the text of Scripture and its individual units (e.g. God, Christ, the Spirit, sin, justification and so on) do not need to be deleted by heretics and other false teachers in order to legitimise their claims.  The verses and words of Scripture become carriers of doctrines imposed upon them.

This is why the conflict between truth and error will primarily focus on the exegesis and interpretation of Scripture, dealing with the individual words of Scripture and their location within the units of thought where they are found, the books that they are a part of, the type of literature that they belong to, wider matters of their canonical place, and finally of their harmony with the whole counsel of God.

As an example of this it is a plain fact of history that the seventeenth century Socinians who violently denied the penal substitutionary atoning work of Christ did not argue on textual grounds that the phrase 'Christ died for our sins according to the Scriptures' in 1 Cor. 15:3 was an interpolation (n.b. in the debates between gender egalitarians and complementarians one of the key texts, 1 Corinthians 15:34-35, is not considered to be part of the original by NT scholar Gordon Fee ).

The Socinians ascribed to this verse a meaning totally at odds with the interpretation that understands its plain meaning to be that as a substitute, the sinless Christ bore the penalty due to his sinful people.  In place of this explanation the Socinians claimed that the preposition used by Paul denoted the final and not the meritorious cause of Christ's death.  That is to say, 'Christ died for our sins' means that Christ died to remove future sin.  The aim of his death was to abolish our future sins, and not to suffer vicariously the punishment for the guilt of our sins.

The Socinian and evangelical interpretations of this text are so widely different as to put before us radically incompatible explanations of the nature of Christ's death, and perceptions of the relationship between his death and our sin.  When we think of what it means for Christ to be the Saviour from sin we are no longer on the same page.

Not only do we have divergent and incompatible views of Christ's work but we also have markedly differing views of what it means to have faith in Christ crucified.  You cannot alter the doctrine of his cross work without at the same time changing the nature of the subjective response on our part to him.

The Socinians denied the deity of Christ as well as his atoning work.  Even if they had affirmed it, as some do who also deny penal substitution, there would still be such a difference between the two conceptions of the saving work of Christ that they would be as alike as night and day.

Driving this Socinian exegesis, as the nineteenth century NT scholar George Smeaton noted, was not an impartial handling of Greek prepositions but a hermeneutic that was fundamentally unwilling to accept that any text in Scripture taught the satisfaction doctrine of the atonement:


To show, however, that it is not simply a matter of interpretation with them, but a forgone conclusion, it may be mentioned that Socinus explicity declared, that were the doctrine of vicarious sin-bearing, and the punishment of one for the sins of another, mentioned not once, but many times in Scripture, he would not believe it; because it could not be.

The open declaration is candid at least; but it is an appeal to reason, not to revelation, and an admission that Scripture is not made the ultimate judge, but only to be interpreted as seems best suited to confirm or dress out a preconceived hypothesis.

The Apostles' Doctrine of the Atonement, p. 208
Posted by Martin Downes at 2:17 PM

Just because the Socininan conclusion is not correct does not mean that the conclusion of substitutionary atonement is correct. No person(s) can be nor has been a direct beneficiary of any sin. Regarding that the crucifixion of Jesus is the sin of murder caused by bloodshed it is not a direct benefit described as the assumption of substitutionary atonement describes. When it is said that Christ died for our sins it only means that his death has added a sin to our sins by Him making an addition to the law after his resurrection and ascension as an intercession.
"For when there is a change of the priesthood, there MUST also be a change of the law."
Therefore "It is not those who hear the law who are righteous in God's sight, but it is those who OBEY the law who will be declared righteous." Regarding that God's oath as a promise to Jesus is, "And for Your lifeblood I will surely demand an accounting. I will demand an accounting from every animal. And from EACH man too, I will demand an accounting for the life of his fellow man." The only Way the crucifixion of Jesus is beneficial is by the faith of confessing directly to God that you are sorry Jesus' life was lost when he was crucified and be baptized into this Way of obedience of law or become guilty of a violation of law for which there is no forgiveness.
The error in the doctrine of substitutionary atonement is the false assumption of a direct benefit from God by a sin.
Theodore A. Jones