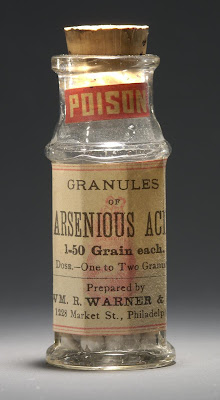 Here's a short extract from Richard Muller on the Reformed orthodox approach to doctrinal errors:

The Reformed orthodox generally also note, in connection with the idea of fundamental articles, three kinds of doctrinal error:

The first kind of error is a direct attack--such as those launched by the Socinians--against the divinity of Christ or the Trinity.

The second is not a direct negation or an antithesis but rather an indirect or secondary error ultimately subversive of a fundamental--such as a belief in God that refuses to acknowledge his providence.

The third category of error does not address fundamental articles directly or indirectly but rather involves faith in problematic and curious questions (quaestiones problematicas et curiosas) that do not arise out of the revealed Word--hay and stubble!--and that, because of their curiosity and vanity, constitute diversions from and impediments to salvation.

Oh no, wouldn't want anybody asking any dangerous questions now would we? Who is to adjudicate such things anyway? Guess I should stop paying attention to the man behind the curtain.

Nathan, the third error reads to me like navel gazing, angels dancing on the head of a pin, kind of questions - in error because they miss the point - because the word isn't central, nor the gospel.

They aren't that dangerous to other people's faith, but are dangerous to the person asking the questions, because they are not receiving the gospel and are not Christians, even if they claim to be (which may not be the case - science without God would be the modern day scholastic theology, missing the point and never coming to the gospel, even using it as a shield against it).

Saw this video at together for the gospel: http://www.youtube.com/watch?v=bzW3eOuY2rw#t=3m27s your book gets a little mention

Hey thanks for the video link. That's very kind of Ligon to recommend it.