What if God is self-limiting? Reflections on Roger Olson's article 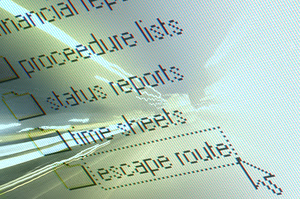 Here is a brief extract from a recent article by Dr. Roger Olson:

Many conservative Christians wince at the idea that God is limited. But what if God limits himself so that much of what happens in the world is due to human finitude and fallenness? What if God is in charge but not in control? What if God wishes that things could be otherwise and someday will make all things perfect?

That seems more like the God of the Bible than the all-determining deity of Calvinism.

The rest of the article is here (HT: Justin Taylor).

Some brief obervations on the coherence of Dr. Olson's presuppositions:

This view of God's self-limiting purposes in creation and providence do not change the fact that he is still really being thought of, in this quotation, as an "all-determining deity."

If he did not choose to limit himself like this then what would the world now look like? That question is not addressed. But what happens in this world, although attributed by our author to human finitude and fallenness, must reckon with the fact that these are actualities because of God's self-limitation. He has determined this self-limitation and has therefore determined "what happens in the world" as a consequence of that choice.

The future hope that he will "someday make all things perfect" must imply that God is in some sense "all-determining" and that he does have "control" over creation. If he is able to determine this future reality, a perfect world, then his present relationship to the world (where we have been told he has self-limited his actions) must be one of control. Unless one is prepared to embrace open theism then it is impossible to avoid the conclusion that what is foreknown is determined and must happen. Thus if God has determined a future perfect world then we would be playing with words if we wanted to claim that he was "in charge" but not "in control" of the creation as it now is.

What guarantees this future perfect world? Will God limit himself in relationship to that world to preserve what he appears to want for the present world, on this analysis, namely libertarian freedom?

Toward the end of the article he writes:

It's a different picture of God than most conservative Christians grew up with, but it's the only one (so far as I can tell) that relieves God of responsibility for sin and evil and disaster and calamity. (emphasis added)

But it is at this point that his claims flounder. Dr. Olson's proposals do not get us very far. They certainly do not provide the kind of refuge that he is claiming. If he believed in a God of limited omniscience or omnipotence his claims would be more coherent. But then of course it would not be possible to hold out solid hope in a future perfect world.

We still have an all-determining God who is in control. Self-limitation is a choice determined by God with consequences for creation and providence. The issue here is not really Calvinism at all, but straightforward Christian theism.

Scott Clark also has a post on this article that is well worth reading.

Email ThisBlogThis!Share to TwitterShare to FacebookShare to Pinterest
Labels: Contemporary Church
Newer Post Older Post Home
Heresy is dishonouring to God and cruel to people. The theology, morality, and pastoral effects of heresy have been a long term research interest of mine. This blog is not as negative as you might think. You will find plenty of posts devoted to sound teaching and sound Christian living.