Polly Toynbee on the repugnancy of the atonement 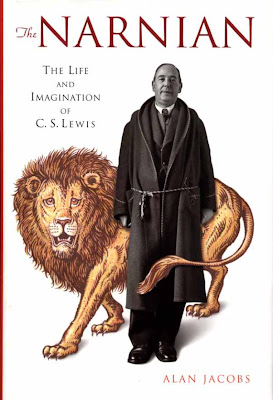 The columnist Polly Toynbee wrote an article in The Guardian on 5th December 2005 with the rather acerbic title “Narnia represents everything that is most hateful about religion.”

I will spare you the full extent of her invective against the Christian imagery found in C.S. Lewis' children's stories. But among her numerous thorny remarks the following stood out:


Of all the elements of Christianity, the most repugnant is the notion of the Christ who took our sins upon himself and sacrificed his body in agony to save our souls. Did we ask him to?

Perhaps the most obvious thing to say by way of explanation about her choice of adjective, is that it is indicative of a heart wedded to the wisdom of this passing age. It is as straightforward a statement of aversion and distaste at the very notion of a substitutionary atonement as one could wish to find. And yet, to those who hold to the presuppositions laid out by Paul in 1 Corinthians 1:18-2:8, it hardly comes as much of a surprise.

It stands in marked contrast to the expression of the regenerate heart that sees in the cross both the wisdom and power of God. Of all the great confessions of faith perhaps it is the Belgic Confession (Q. 26) that best verbalizes the sentiments of the regenerate mind:

If, then, we should seek for another mediator who would be favorably inclined toward us, whom could we find who loved us more than He who laid down His life for us, even while we were His enemies? And if we seek for one who has power and majesty, who is there that has so much of both as He who sits at the right hand of God and to whom hath been given all authority in heaven and on earth?

And what should we make of her question? Of course we did not ask Christ to die for us. None of us wanted him to. This is a point underlined, as it were in thick marker pen, time and again on the pages of the Bible. From Isaiah's description of Christ as despised and rejected by men (Isaiah 53:3) all the way to Paul's retrospective description of Christian believers as being ungodly and enemies toward God (Romans 5:6, 10).

This point came home to me yesterday. In the book of Judges there is the pattern of apostasy, oppression from enemies, and cries to God for relief from this misery. In his grace God raises up judges who save the people of God from the hands of their oppressors. Judges 13 seemingly opens with this same pattern. Israel has turned from God to their evil ways, and God has handed them over to the Philistines. But the pattern ends there. Just when we expect to hear a cry to God for relief and rescue there is nothing but silence.

When the Angel of the Lord announces the birth of Samson, who will begin to save Israel from the Philistines, it is therefore clear that this is an act of sheer grace on God's part. God sent them a Savior, even though they did not ask him to. The span of time between the book of Judges and that column in The Guardian may have spread over several millenia, but chronology cannot cover up the similarities that exist.

The very glory of the atonement is that Christ died for his enemies. We were not seeking after a Saviour from heaven, but running and hiding from the God who is really there. As Paul reminded the Colossians, it was for those who were hostile in their minds toward God that Christ hung on the cross. It was by that death that he made peace and effected reconciliation with God (Colossians 1:19-22). Like Polly Toynbee, I never asked him to do this. That he did it at all is all to the praise of his glorious grace.

Posted by Martin Downes at 6:37 PM

Good article this is a bit off the subject but didn't C.S.Lewis promote some sort of"ransom to Satan" theory in The Lion the Witch and The Wardrobe?

Great stuff this. To the perishing this is despicable folly, to the called this is beautiful powerful truth.