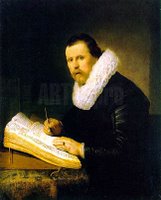 How to Deal with Those Who Differ from Us (part 2)

Dr. Roger R. Nicole
Part 1 (continued): What Do I Owe to the Person Who Differs From Me?


"Beyond what a person says or writes, we must attempt to understand what a person means. Now it is true that there are what are called "Freudian slips," that is there are people who do not express themselves exactly the way it should be done; but in the process somehow they give an insight into a tendency that is there in them all along and which leads them to express themselves in an infelicitous but revealing manner. So it is appropriate, I suppose, to note this as a personal footnote, so to speak, in order possibly to make use of it at some time in the discussion. But if somebody fails to express himself or herself accurately, there is no great point in pressing the very language that is used. We ought to try to understand what is the meaning that this language is intended to convey. In some cases, we may provide an opportunity for an opponent to speak more accurately.

Similarly, in dealing with those who differ, we ought not to quibble about language just in order to pounce on our opponent because he or she has not used accurate wording. It is more effective to seek to apprehend what is meant and then to relate ourselves to the person's meaning. If we don't do that, of course, there is no encounter because this person speaks at one level and we are taking the language at another level; and so the two do not meet, and the result is bound to be frustrating. So if we really want to meet, we might as well try to figure out the meaning rather than to quibble on wording.

Moreover, I would suggest that we owe to people who differ from us to seek to understand their aims. What is it that they are looking for? What is it that makes them tick? What is it that they are recoiling against? What are the experiences, perhaps tragic experiences, that have steeled them into a particular stance? What are the things that they fear and the things that they yearn for? Is there not something that I fear as well or yearn for in the same way? Is there not a possibility here to find a point of contact at the very start rather than to move on with an entirely defensive or hostile mood?

As an example, it may be observed that in the fourth century Arius, and undoubtedly many of his supporters, were especially leery of modalism, a serious error in the conception of the Trinity whereby the Godhead manifested Himself in three successive forms or modes as Father, Son and the Holy Spirit rather than to exist eternally as Three Who have interpersonal relations with each other. From Arius' vantage point, the orthodox doctrine of the full deity of the Son ans the Holy Spirit did of necessity imply a modalistic view. It did not help that one of his very vocal opponents Marcellus of Ancyra did, in fact, border dangerously on modalism. Arguments designed to show the biblical and logical strengths of the doctrine of the Son's full deity or vice versa the weakness of Arius's subordinationism would not be likely to be effective unless the instinctive fear of an implied modalism were addressed and shown to be without solid foundation. With all due respect to the soundness, courage, and perseverance of those like Athanasius and Hilary who consistently resisted Arianism, one may yet wonder if a more effective method of dealing with this error might not have been to allay the fear that orthodoxy inevitably would lead to modalism".

Posted by Martin Downes at 9:16 AM